The Best North Side Neighborhoods For Real Estate Investing in Chicago 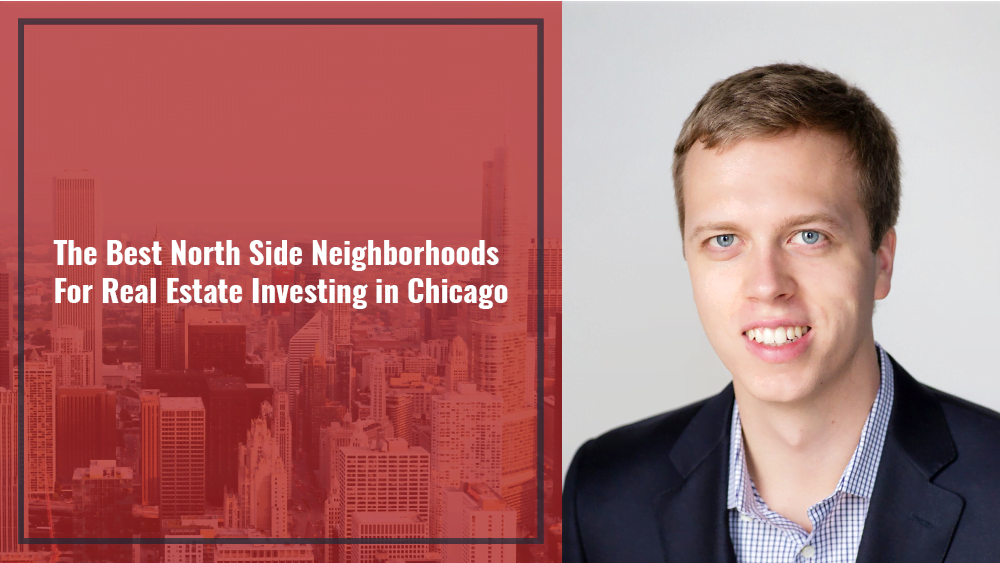 The “north side” of chicago encompasses dozens of neighborhoods, each with a unique investment profile. Below I’ve detailed five northside neighborhoods that you should have on your multifamily investment radar.

Albany Park is located on the northwest side of Chicago, nine miles from downtown. With Foster Avenue to its north, the neighborhood spans from the Chicago River to the east, Montrose Avenue to the south and Elson Avenue to the west. Residents have ample access to public transportation, restaurants, recreation and education.

Residents can easily commute from the CTA Brown Line Kimball, Kedzie and Francisco stops and the Blue Line Montrose stop. CTA bus routes servicing the area include #53 Pulaski, #78 Montrose, #80 Irving Park, #81 Lawrence, #82 Kimball/Homan, #92 Foster, and #93 California/Dodge. The Edens expressway, locally referred to as I-94, also borders the neighborhood to the west.

Albany Park is a blue collar neighborhood where rents typically range between $800 and $1,000 for a vintage two-bedroom apartment and between $1,200 and $1,500 for a renovated two-bedroom apartment. As bordering neighborhoods Ravenswood, Irving Park and Lincoln Square continue to see increased renter interest and development, Albany Park will be the next market to heat up in this area of the city. For this reason, buyers are starting to pay high prices for vintage buildings with plans to add value through renovations, with recent sales fetching upwards of $130,000 per unit for a building in non-updated condition.

Lakeview is a core neighborhood in Chicago, six miles north of downtown. With Lake Michigan to its east, Lakeview spans from Diversey Parkway to the south, Ravenswood Avenue to the west and Irving Park Road to the north. Residents have ample access to public transportation and recreation.

The CTA Red Line, Brown Line and Purple Line thoroughly cover the neighborhood as well as CTA Bus Routes including the #22 (Clark), #36 (Broadway) and #151 (Sheridan Road).

The area is home to many sub neighborhoods including Wrigleyville and Boystown. Wrigleyville includes Wrigley Field, home of the Chicago Cubs and many new developments and restaurants. Boystown is one of the largest LGBT+ communities in the United States.  Along North Halsted, there are endless bars, restaurants, clubs and shops. Shops, restaurants and daily conveniences can also be found along Lincoln Avenue, Southport Avenue, Clark and Broadway Street. The 9-hole Sydney R. Marovitz golf course and Briar Street Theatre also call Lakeview home.

In Lakeview, rents typically range between $1,600 and $1,800 for a vintage two-bedroom apartment and between $2,000 and $2,400 for a renovated two-bedroom apartment. Lakeview remains a stable rental market due to its high rental demand from the vast restaurants, shops and entertainment spots. For this reason, buyers are willing to pay high prices for vintage buildings with plans to add value through renovations, with recent sales fetching upwards of $250,000 per unit for a building in non-updated condition.

The Lincoln Park neighborhood of Chicago is located on the North Side of the city and is five miles from downtown. As the home of the Lincoln Park Zoo, North Avenue Beach and the 1,200 acre Lincoln Park, residents enjoy ample outdoor space. The revered Steppenwolf Theatre Company, three Michelin starred restaurant Alinea and countless other boutiques, restaurants and fitness offerings are scattered along Halstead Street. Armitage Avenue also offers residents life’s amenities with independent boutiques and high-end retailers. DePaul University also calls Lincoln Park home with a 38-acre campus for its 14,816 undergraduate students. The CTA Fullerton stop is a hub offering riders access to the Red Line, Brown Line and Purple Line Express. Bus riders can also make connections to the #11, #37 and #74 at this location.

In Lincoln Park, rents typically range between $1,700 and $1,850 for a vintage two-bedroom apartment and between $2,200 and $2,600 for a renovated two-bedroom apartment. Lincoln Park remains one of the most recession proof neighborhoods in Chicago due to the neighborhood attractions from the Lincoln Park Zoo to the countless bars and restaurants, along with the ease of transportation. For all these reasons, buyers have continued purchasing vintage buildings with plans to add value through renovations, with recent sales fetching upwards of $275,000 per unit for a building in non-updated condition.

The Old Town neighborhood of Chicago is located on the North Side of the city and is four miles from downtown. Wells Street is the lifeline of the neighborhood filled with restaurants, bars, comedy venues and boutiques. The Second City, Old Town Ale House and Twin Anchors are neighborhood icons. Residents commute via the #22 Clark Bus, the #156 LaSalle Bus and the Sedgwick stop of the CTA Brown Line.

In Old Town, rents typically range between $1,800 and $2,100 for a vintage two-bedroom apartment and between $2,300 and $2,800 for a renovated two-bedroom apartment. Old Town, similarly to Lakeview and Lincoln Park has many attributes driving demand for apartment rentals, from the night life on Wells Street and Division Street, to the close proximity to Lake Michigan as well the proximity to the downtown CBD. In this neighborhood, properties do not trade hands often but when they do there is a high demand, especially for those that have an opportunity to add value, with properties being sold for up to $275,000 per unit for a building in non-updated condition.

The River North neighborhood of Chicago is located one mile north of the Loop. The area gets its name from being north of the Chicago River, spanning from Chicago Avenue to the north, Michigan Avenue to the east and the Chicago River to the west and south. River North is known for its concentration of employers, art galleries, restaurants, fitness offerings, and residents living a luxurious lifestyle.

The Merchandise Mart, aka theMart, includes large employers, showrooms and dining offerings. Conagra, Motorola, Beam Suntory, Braintree, Sapient Razorfish, 1871 and other businesses operate out of the four-million square foot space. Salesforce is also headquartered in River North and will move into a 60-tory Salesforce Tower located along the Chicago River in 2023.

In River North, there are very few true vintage rentals anymore due to the high amount of updated and new construction units, however rents typically range between $1,900 and $2,300 for a semi-vintage two-bedroom apartment and between $2,500 and $3,200 for a new construction or renovated two-bedroom apartment. Typical River North investors are more institutional than mid-market. River North is one of the closest neighborhoods to the downtown CBD, resulting in a high demand and rental rates. The proximity to downtown along with the countless restaurants, bars and shops, create the high demand for rentals in the neighborhood. In this neighborhood, there are very few small vintage properties, with many being renovated or torn down for high-rises. In the River North neighborhood, older high-rises have been sold for up to $375,000 per unit for a building in semi-vintage condition.

As an Advisor at Kiser Group, Jake combines his passion for sales and experience in real estate investment management to deliver results for his clients. Jake represents clients on the acquisition and disposition of multifamily and mixed-use properties throughout Chicago’s near north side neighborhoods including Albany Park, Lakeview, Lincoln Park, Old Town, and River North. Since joining Kiser Group in 2016 as an analyst, Jake was promoted to broker and has successfully closed over $40 million in multifamily transactions.Jake’s entrepreneurial spirit started early. Outside of commercial real estate, he developed and launched a successful online electronics recommerce business which has seen year-over-year growth over the past six years. Jake graduated with honors from Michigan State University’s School of Hospitality Business within the Eli Broad College of Business where he majored in Hospitality Business and minored in Real Estate Investment Management. While at Michigan State, he was a member of the Real Estate Investment Club and Sigma Pi fraternity.Jake lives in Chicago’s Gold Coast neighborhood and enjoys bike rides along the lakefront, watching Michigan State sports and dining at the city’s vast supply of restaurants. He is a member of the Northwest Side Building Coalition (NSBC) and the Young Real Estate Professionals of Chicago (YREP). View Full Bio Here ⠀⠀⠀⠀⠀⠀⠀⠀⠀⠀⠀⠀⠀⠀⠀⠀⠀⠀⠀⠀⠀⠀⠀⠀⠀⠀⠀⠀⠀⠀⠀⠀⠀⠀⠀⠀⠀⠀⠀⠀⠀⠀⠀⠀⠀⠀⠀⠀⠀⠀⠀⠀⠀⠀⠀⠀