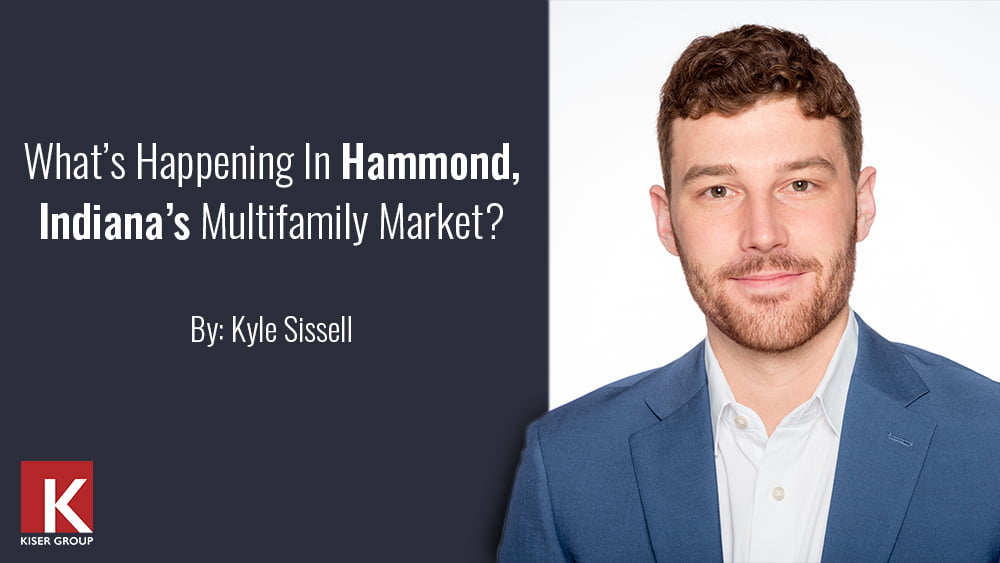 I last did a deep dive into Hammond, Indiana’s multifamily market about a year ago. In that blog post titled Why Hammond, Indiana Should Be On Your Multifamily Investment List, I gave a broad market overview. In this article, I will provide updated metrics and revisit what I summarized a year ago on the city.

The table below revisits 2020’s rent survey in Hammond compared to Q3/Q4 of 2021. The data was provided by CoStar and its affiliate websites. Based on a summary of nearly 3,500 units in the City of Hammond, the effective rent settled at:

For a second opinion, RENTCafé, a real estate management and rental software company, quotes average, overall Hammond market rent at $911, which is up 6% year-over-year with an average unit size of 788 square feet. The company only tracks information on complexes with 50 or more units and partners with Yardi Matrix for this data.

While Hammond’s population has not grown much, the city continues to gain positive momentum from outside forces and investments. The adoption of work-from-home jobs and the rise in industrial, commerce and warehousing jobs are promising as Hammond has previously flourished in these industries. There are also several new buildings planned to be built in the coming years, including nearly 300 multifamily units, which backs the need for rental housing in the area.

The high cost of living in Chicago has been a driving force behind the demand in Hammond housing, but proximity to Chicago still provides access to city jobs and opportunities. The steady job market growth in Northwest Indiana, and future developments such as the West Lake Corridor, will further promote the expansion of several industries and the overall population.

Due to all factors involved, physical vacancy rates are down to 1.4% in the market. Economic vacancy is likely in the single digits as well due to Indiana’s open eviction policy throughout the pandemic, but no company efficiently tracks this metric.

The difficulty within Hammond and most Northwest Indiana communities is the lack of inventory for buyers. As change continues to shake Chicago investors from stable yields and sure-thing laws, Northwest Indiana will be added to every Chicagoland investor’s radar, adding to the competition.

This in turn (as we are already seeing) will allow current owners to take advantage of the market and capture a large volume of interest in their properties as speculation heats up.

The recent ending of the Illinois moratorium may slightly influence Northwest Indiana as renters consider moving to the area and outside investors seek the landlord favorable laws of Lake County. On the other end of the spectrum, occupancy rates may slightly decline as jobs are added in Chicago and residents move back to the city.

The City of Hammond continues to push forward with its GoHammond campaign – putting an emphasis on revitalizing the Downtown Hammond area. Multiple public and private partnerships have begun to emerge with a focus on renovating public spaces, old buildings, and more.

Hammond investors will see steady demand from renters and appreciation, backed by outside investors looking to purchase and continued investments in the community’s offerings. There will be plenty of opportunity for both new investors and current owners to benefit from market demand.