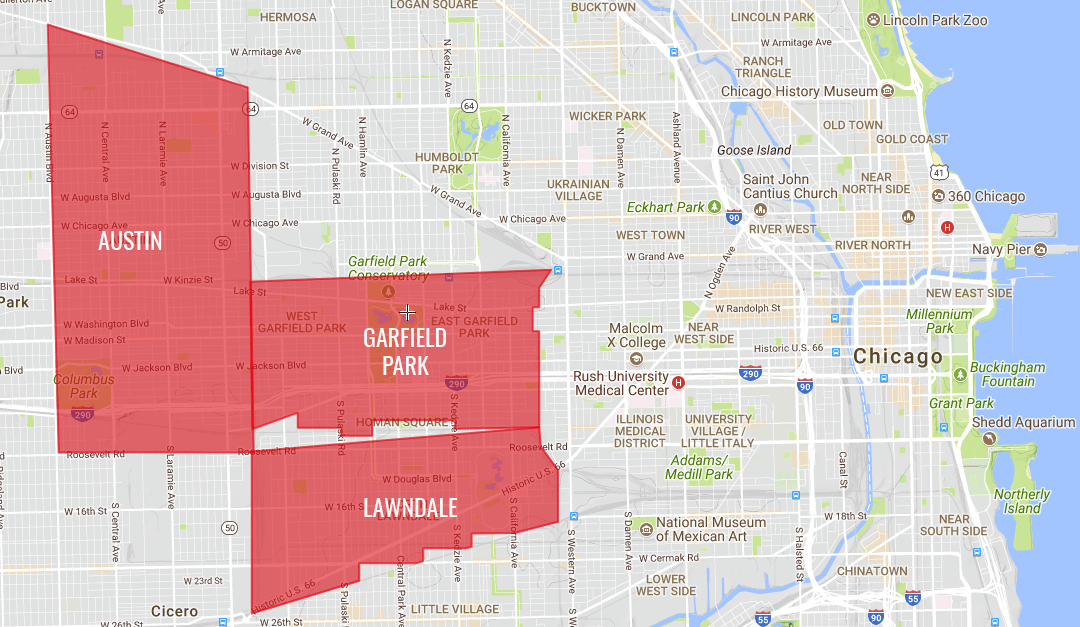 A lot of people are going to pretend that they know something about the West Side of Chicago, and the first thing they’ll mention is the crime stats. They’ll lean back and get all blustery about a headline that’s meant to keep money out of your pockets. Savvy investors know that neighborhoods like Garfield Park, Austin and Lawndale are bigger than their media. You invest in the West Side of Chicago because it’s smart.

Did you know that Austin has five zip codes and it’s home to over 97,000 residents? That’s a lot of occupied apartment buildings in one neighborhood. Now let’s include Garfield Park with 37,000 and Lawndale with its 35,000 members, and we’re talking about 169,000 reasons to re-evaluate why you aren’t invested in the West Side of Chicago. These are communities that are neighbors to Oak Park, Humboldt Park, and Little Village. Austin, Garfield Park and Lawndale are right off the Eisenhower Expressway, near the CTA Blue and Green Lines, and 20 minutes from downtown Chicago.

Who doesn’t want a high cap rate? If you’re buying on the West Side of Chicago and you don’t get a building for over a 10% cap rate, I say you should’ve come to me sooner. While I’m bragging about the West Side, let me shed some more light: cash returns are around 25%, vacancy rates remain low and owners see healthy rent growths. Now, most investors don’t buy a building solely for the cap rate, but with that said, a high cash return seems more rewarding than waiting on appreciation.

The West Side of Chicago is especially lucrative for small-to-midsize investors because the price of entry in the commercial market can be as low as $225,000 for a six-flat. That means investors can take a bigger leap and acquire a larger building with an entry price that is less than a million dollars and only 20 minutes from downtown Chicago. I don’t knock the value of appreciation, that’s a risk every investor takes; but to miss out on these deals is akin to wishing you bought in the south and west loop before the explosion in investment and development.

If you’re interested in what apartments Kiser Group has listed on the West Side of Chicago, please give me a call.