The State of Chicago’s Suburbs 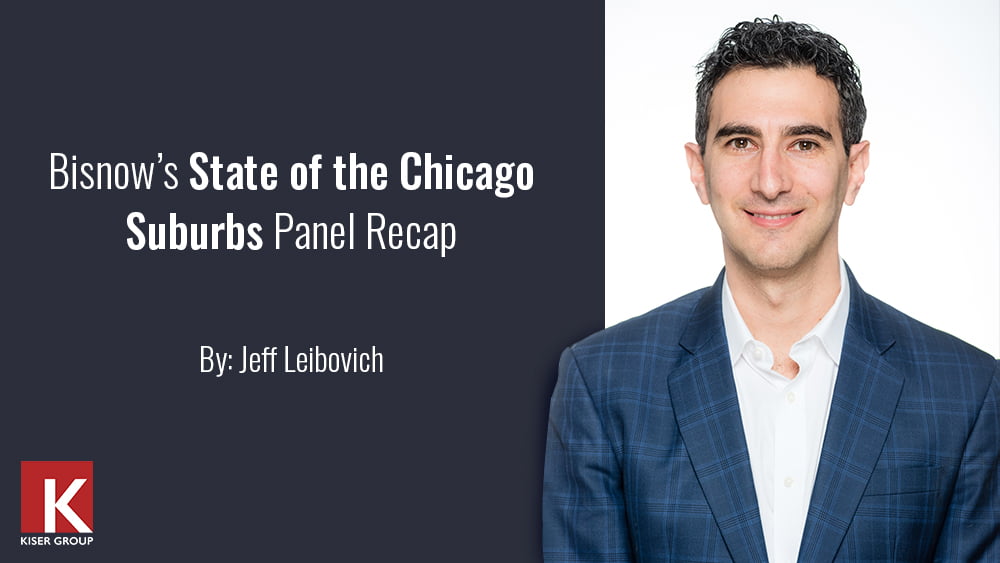 On March 30th I had the privilege of speaking on the Bisnow – Future of the Suburbs panel moderated by Hal Francke of MPS Law, alongside Jon Meshel of Centennial Real Estate, Richard Tucker of Tucker Development, and Kevin Kramer from the Village of Hoffman Estates. This panel focused on development around Chicago and what investors, developers, and owners should be aware of in the current landscape.

The paradigm of what a living space means has shifted. After decades of commuting to offices, many have realized that much of their job can be done from the comfort of their living room. For the last few years kitchen tables have replaced office desks, Britta filters act as personal water coolers, and the only coworker stopping by to chat – an unruly toddler or dog demanding a walk. According to Roger Daniel of Daniel Management and Chris Coleman of Wingspan Development Group, suburban ‘Needs’ are starting to mimic that of the city. Live, Work, Play was a resounding term being used. Work from home space, dedicated community workspace, dog walks, and package lockers are what tenants have come to expect as necessity for those still kept from the office. Additional amenities like pools, gyms, and even pickle ball courts are giving owners and developers the edge when recruiting new renters. Retail space in multifamily development is starting to be treated as an amenity to the building. Coffee shops, dry cleaners, hair salons – these are all seen as benefits to a tenant who doesn’t have to travel far for their simple luxuries. 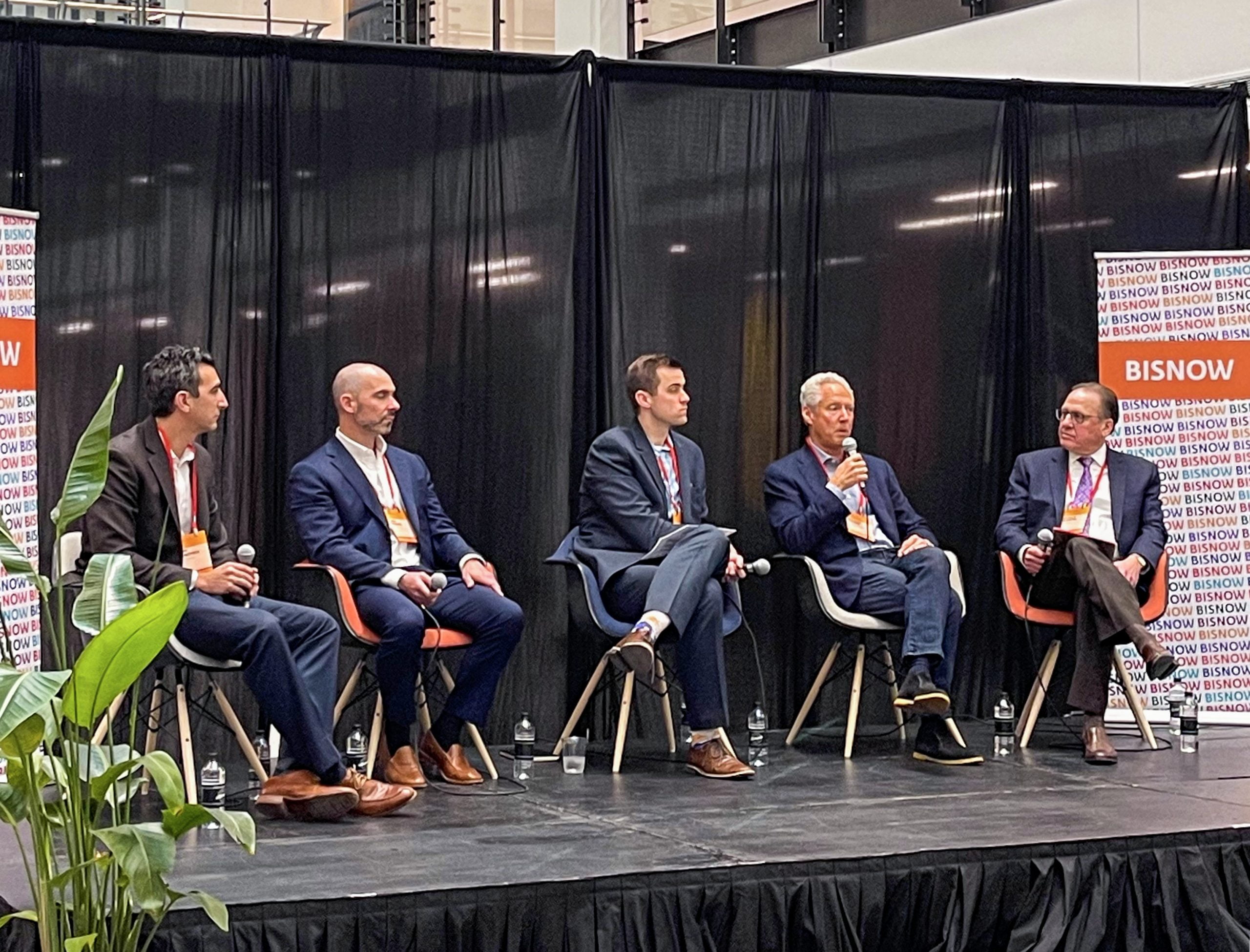 There are plenty of opportunities for adaptive reuse or fresh development in the suburbs. We’re seeing ‘mega developments’ flourish such as what Centennial is doing with the Hawthorn Mall installing residential and retail mixed use development. The District 1860 development led by Tucker Development followed Lincolnwood with what they’ve dubbed ‘A Live, Dine, Shop hub for the community’ developing 299 mid-rise multifamily units with an Amazon Fresh anchored retail space. Even smaller developments are finding their footing like what CRM is doing at Deerfield Square by repurposing a building to multifamily. 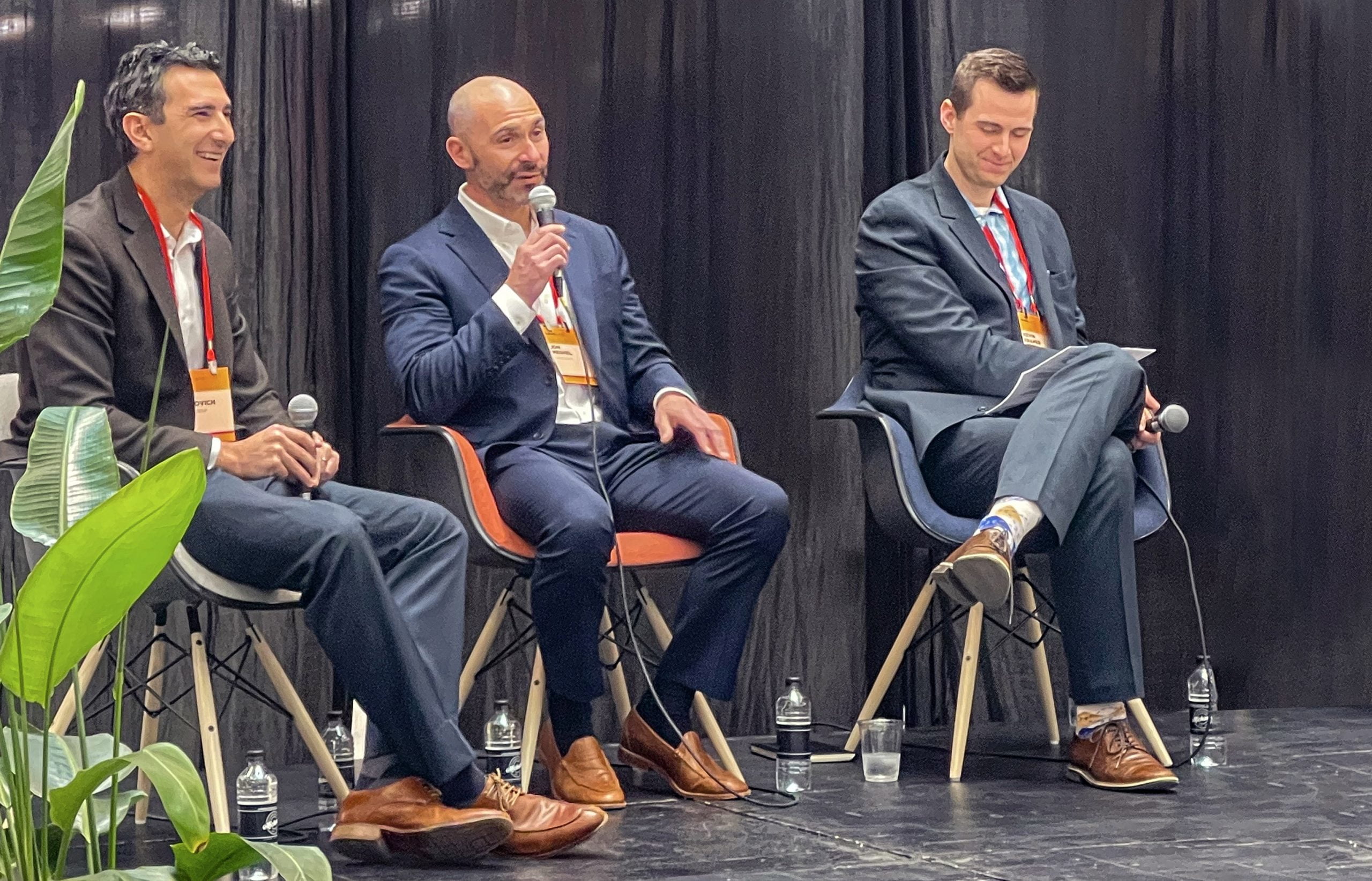 Which came first, the Covid or the development?

The changes we’re seeing aren’t a product of Covid but rather were already underway and were just proliferated by Covid. We’re seeing municipalities looking at adjusting their zoning to allow for various uses, including multifamily. Many developers are working directly with cities, villages, and municipalities to advise them on what the best course of action is. Interestingly other market segments are seeing changes in their retail parking and drive through requirements. As Adam Firsel of Core Acquisitions put it, when folks can order dinner and park in a dedicated spot from their phone, the drive through lane doesn’t need to accommodate 6 or more cars at a time. Cities are now working through the negative tax implications of vacant lots/buildings and how they can incentivize development like Belleworks, Hawthorn, Fox Valley, Etc. Developers are still applying for permits and going through the entitlements process and new units are being absorbed and rents are continuing to grow.

Chicago and the surrounding suburbs are still a top market – the third largest city by GDP. It’s trendy to focus on Austin, Nashville, and Atlanta but Chicago and its suburbs are still the center of the country. Chicago is still one of the largest supply chain hubs of the country, a sprawling medical focal point, and flush with higher education. We have our issues like any major city, but with cap rate spreads anywhere from 100-300 basis points compared to some of the ‘hot markets’, there still seems to be so much opportunity in Chicago and the suburbs across all markets.

If you are an owner, investor, developer, or just want to hear what’s happening in suburban multifamily and development, feel free to reach out to me any time at jleibovich@kisergroup.com

As an Advisor for Kiser Group, Jeff focuses on the sale of multifamily buildings throughout Chicago and the surrounding suburbs. Jeff’s clients benefit from his exposure to a wide range of real estate assets. Before Joining Kiser Group, Jeff spent 14 years as a consultant in the Pro Audio Industry. With clients ranging from institutions, A-list musicians and producers to the hobbyist recording in their basement, Jeff spent 7 years touring with his band, Great Divide. Having grown up on the North Shore of Chicago, he now lives in Highland Park with his wife and two children. When not working, Jeff enjoys creating music, perfecting his BBQ and smoker skills as well as spending time with his family. Jeff also speaks fluent Russian. View Full Bio Here ⠀⠀⠀⠀⠀⠀⠀⠀⠀⠀⠀⠀⠀⠀⠀⠀⠀⠀⠀⠀⠀⠀⠀⠀⠀⠀⠀⠀⠀⠀⠀⠀⠀⠀⠀⠀⠀⠀⠀⠀⠀⠀⠀⠀⠀⠀⠀⠀⠀⠀⠀⠀⠀⠀⠀⠀