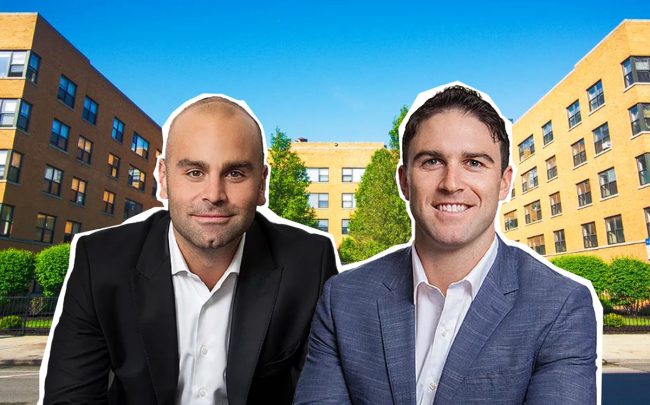 A New York investment firm is asking $20 million for a trio of courtyard apartment buildings it bought and gut-renovated in South Shore last year.

Starting last year, DAX spent “several million dollars” on a complete overhaul of the three buildings, the largest of which on South Shore Drive had been “very rundown and substantially vacant,” managing partner Daniel Hedaya told The Real Deal on Tuesday. Noah Birk and Aaron Sklar of the Kiser Group, one of the busiest multifamily brokerages on the city’s South Side, are marketing the buildings on behalf of DAX.

The apartment complexes represent a rare “turnkey investment opportunity” in the lakefront neighborhood, which faces Jackson Park to its north and straddles a Metra rail line, Sklar said.

Sklar called the area “one of the most appreciating pockets of the South Side.”

Prior to the renovations, the 130-unit building on South Shore Drive was about 65 percent occupied. Today, the three buildings have tenants for about 95 percent of their total units, according to the Kiser Group.

The units range from studios to three-bedrooms, now renting between $525 and $1,515 each. Most units are one-bedrooms and rent near $1,000 apiece, Sklar said.

None of the buildings are bound by affordability agreements with the city or federal housing regulators, meaning future landlords could raise rents as high as they want.

The city’s diverse stock of mid-size apartment buildings has become an especially alluring target for out-of-state investors, who have a harder time finding properties on the East and West Coast that generate quick returns, Birk and Sklar said.

Real estate buyers typically look at capitalization rates, which are calculated by dividing the income a property generates by its market value, to measure the ripeness of an investment opportunity. Buildings with rates above 6 percent are rare in cities like New York and Los Angeles.

Kiser estimates the combined rate for the three South Side properties around 8.3 percent. The smaller buildings on Clyde and Chappel are both inside Opportunity Zones, meaning a buyer could reap big tax benefits if they can prove to federal regulators that they’ve made a “substantial improvement” to the value of the properties.

It’s an unlikely goal for a pair of buildings that were just renovated, but a new landlord could still end up being the “passive beneficiary” of a patchwork of zones that were designated all around them, Sklar said.

South Shore logged a median home sale price of $100,000 last month, nearly double its $56,000 median in April 2016, according to Redfin. It’s one of several South Side neighborhoods that recently have found themselves in the crosshairs of single-family home flippers.

Along with neighboring Woodlawn, South Shore is seeing a surge of interest thanks to its proximity to the planned Obama Presidential Center, whose future remains in flux amid a pending lawsuit.

The spiking home values have led some activists to raise alarms over the potential for long-time residents to be priced out of the area. Freshman Alderman Jeanette Taylor (20th), whose ward includes Woodlawn, campaigned this year on softening the forces of gentrification in the predominantly African-American neighborhood.

But Birk said he doesn’t expect the listed apartments to ruffle any feathers among neighbors. Even after the renovations, most units in the buildings are priced at levels geared toward the “working class demographic” of South Shore, the broker said.

“There’s a lack of very nice affordable housing on the South Side in general,” Birk said. “These buildings were beaten up and worn down a few years ago, and they were renovated to the level where people actually want to live in them.”