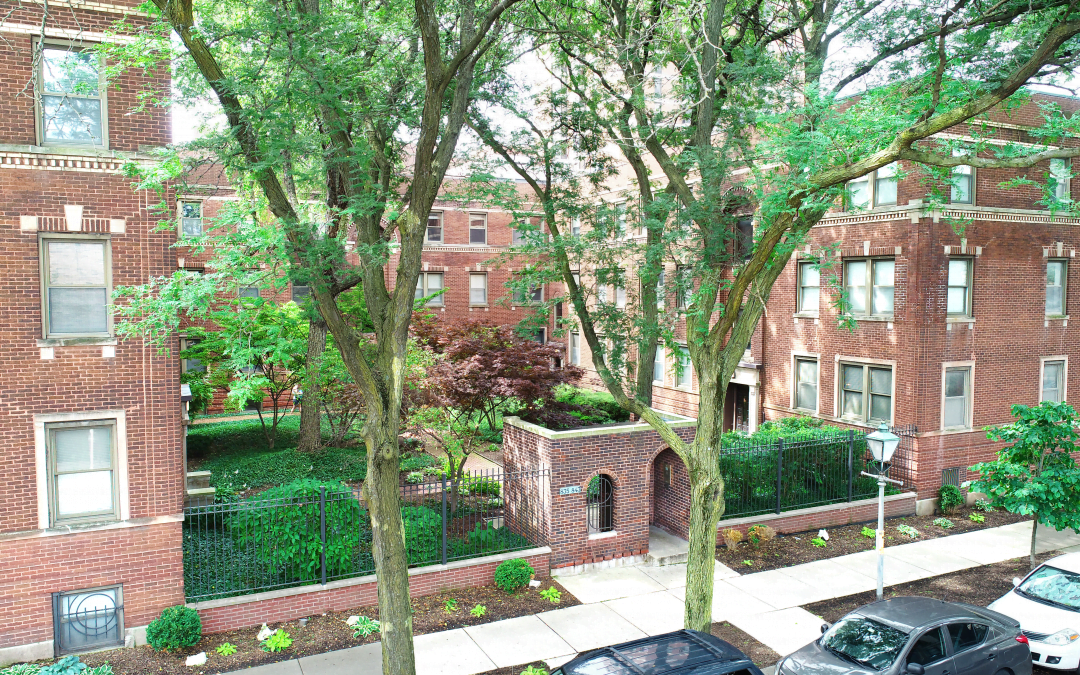 A group of Lakeview condo owners is seeking to cash in on the deconversion craze by offering up their three-building complex for $36 million.

The condo association for the complex known as Barry Quad is seeking a buyer for its 115-unit property spread over three courtyard-style, walk-up buildings in Lakeview East, according to Kiser Group, the brokerage who is listing the development. If it sold at asking price, the complex would trade for about $313,000 a unit.

With the deconversion play, the condo owners are seeking to cash in on the hot demand for rental properties in Chicago, while also avoiding the cool housing market that has been particularly cruel on condo re-sales. The owners are also betting on continued interest in local condo deconversions, after investors have spent years and hundreds of millions buying up some of the city’s biggest condo complexes.

“The primary drivers behind deconversion sales include stagnant condo resales and high demand for apartment buildings,” said Kiser Group broker Andy Friedman. “There are no signs of change in the near future.”

Kiser Group’s Friedman and Jake Parker will play up the complex’s location and status as a relatively rare listing for a large walk-up building. Many of the biggest condo deconversions in Chicago have been for high-rise multifamily buildings.

Over the last 10 years, only one Lakeview walk-up with over 100 units has sold, according to Kiser Group.

Barry Quad is comprised of three buildings in the 800 block of West Barry Street. The largest of the buildings includes 69 units, two courtyards, a swimming pool, two saunas, gym and rooftop deck. The two other buildings are on the opposite side of Barry Street.

Condo deconversions have been popular in Chicago for a number of years, and the market does not appear to be slowing down. Just this week, a group of investors made public their plans to buy out the owners of the 70-story Lake Point Tower, Chicago’s only residence east of Lake Shore Drive. The deal could cost $600 million, making it the biggest deconversion deal in Chicago’s history.

But condo deconversion deals are notoriously tricky to close. The largest deal in the city’s history was supposed to be ESG Kullen’s
bid to buy a 391-unit Gold Coast building for $112 million, but the on-again-off-again deal is back on the rocks, according to Crain’s.

New York-based ESG Kullen is also working on another Gold Coast deconversion that could go for $92 million.

Late last year, Marc Realty Capital and The Wolcott Group paid $90.5 million for the iconic River City complex in the South Loop, which is being turned into rentals. That is currently biggest deconversion deal in the city.