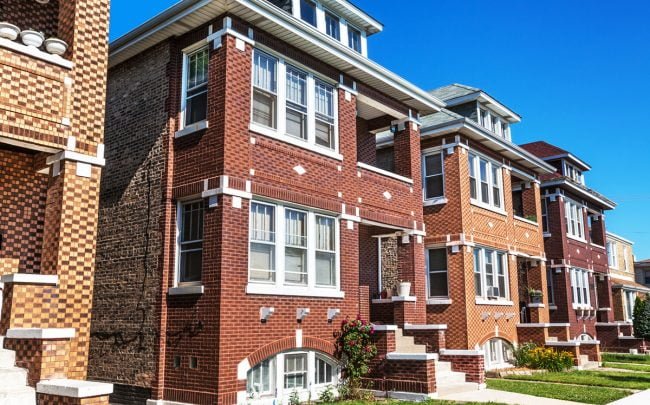 Chicago home value growth hits another low
Drastically declining home sales are not the only factor hurting the residential market. In May, the value of Chicago area single-family homes grew by 1.6 percent, the lowest growth since October 2015. Prices locally grew at only half the national rate of 3.4 percent in May. Chicago area home prices are still about 15 percent lower than their pre-recession peak in March 2007, while nationwide, homes are 13.5 percent above their pre-recession peak. [Crain’s]

Another company leaving suburbs for city center
Medical real estate company MedProperties Group has relocated its office from Northbrook to the booming West Loop. The company has taken an unspecified amount of space in 71 South Wacker Drive, a 48-story tower anchored by Goldman Sachs. The firm plans to grow its workforce by 60 percent. [Globe St.]

Auburn Gresham multifamily buildings reach peak value
JVB Holdings Chicago has picked up a 26-unit apartment building in Auburn Gresham for $2.43 million. At $93,265 per unit, the price paid is the highest in the South Side neighborhood’s history on a per-unit basis. The building is one of only a few in the neighborhood that have been recently renovated. Kiser Group’s Noah Birk and Aaron Sklar brokered the sale. [Connect Media]

Halal Guys shutters storefronts in Chicago
The popular New York institution Halal Guys has closed its three Chicago locations. Halal Guys operated restaurants on popular stretches of Wicker Park, Old Town and Downtown. Its two suburban locations are still open, and the chain has not given a reason for the closures. Halal Guys opened in Chicago in 2015. [Block Club]