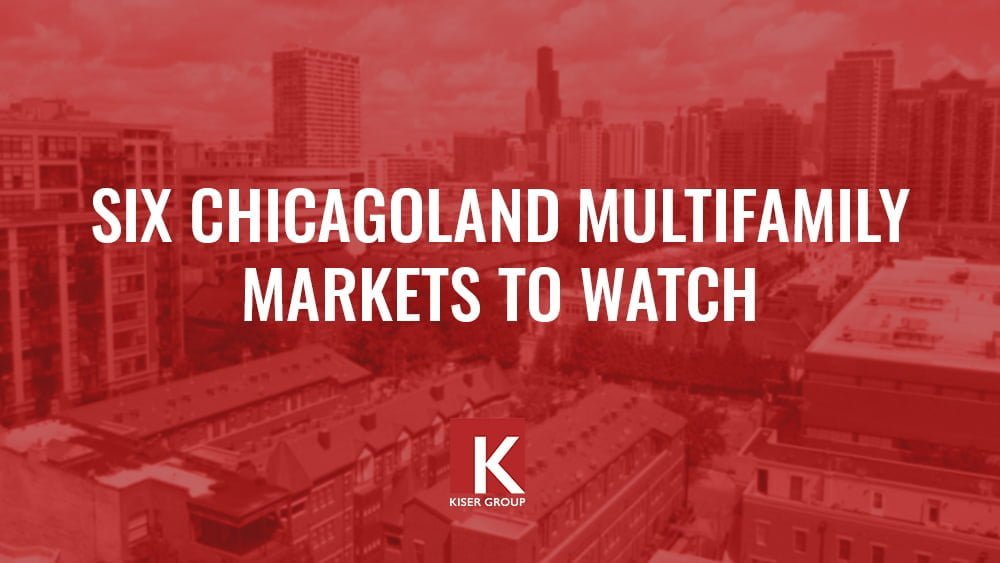 Where should you make your next Chicagoland multifamily investment? We asked our brokers just that. In this post they share why Austin, Gary, Indiana, Logan Square, Rogers Park and Suburban Workforce Housing are markets to watch.

“The Austin neighborhood, located on Chicago’s west side, is still under-the-radar all while being the second most populated neighborhood of Chicago. Due to its density, there are plenty of renters to fill the multifamily housing stock,” said Jack Petrando. “The neighborhood is home to a mix of market rate tenants, as well as, subsidized tenants. The subsidies provide safe and affordable living arrangements for the tenants, while also providing value to investors by receiving timely rental payments. Additionally, the area continues to develop, and just recently the city announced Austin is one of three neighborhoods that will receive a share of the city’s $750 million grants distributed to spark investments and gentrification throughout the neighborhood.”

“Without question one of the most interesting markets to watch is Gary in Northwest Indiana. From a city, county, and state perspective there are a few reasons why it should be on investors watch list,” said Kyle Sissell. “The area has low Indiana real estate taxes. Indiana and Lake County are also more favorable to landlords. Plus, it’s a low cost to enter market with inexpensive unit prices and an abundant tenant base backed by affordable and subsidized housing initiatives. And to round it out, there is appreciation potential with many initiatives taking shape to reinvigorate Gary. From large redevelopment plans for entire neighborhoods, a new Hard Rock Casino and Hotel, private-public partnerships with Gary Airport, business reinvestment pledges, new South Shore commuter train lines, and so much more, Gary has great  growth potential.”


“Because the Logan Square area continues to attract families and young professionals, I believe the neighborhood has opportunity for multifamily investors, particularly value-add investors,” said Refiloe Lethunya. “There is still a window of opportunity to enter the market with a decent number of transactions over the last three years. People are flocking to Logan Square because of its easy access to public transportation, a variety of restaurants and breweries,vibrant arts and entertainment scene, and many more neighborhood amenities. The 2.7-mile 606 trail is another local amenity for those looking to get outside for a walk or bike ride.”

“There are a number of reasons why Rogers Park should be on an investor’s watch list,” said Danny Logarakis. “At a high level, this northside neighborhood of Chicago has higher cap rates and offers investors a lower price-per- unit than other nearby neighborhoods.”

“Rogers Park is an affordable Chicago neighborhood that offers amenities such as multiple beaches and views of Lake Michigan, a built-in renter base from Loyola University and it is also one of the most diverse neighborhoods in the city,” said Rick Ofman.

“Based on conversation I have with clients, it seems like there is an expectation that more money, not less, is going to be investing into multifamily real estate. The reason is that while brick and mortar retail can be replaced by Amazon, and a shift to working from home will change demand for office, there is no suitable alternative for having a roof over your head,” said Danny Mantis. “This, coupled with the fact that we’re seeing a flight to the suburbs happening in the single-family space and growing leasing/occupancy concerns in downtown apartments, suggests to me that there will inevitably also be a segment of the renter population that seeks less expensive, larger, suburban apartments. The net effect of all this, will allow investors to buy apartments that are cheaper from a price per unit stand point while chasing that rental demand.”

“West Woodlawn has quietly but rapidly been gaining traction in Chicago real estate circles. It’s neighbor, East Woodlawn, has seen drastic sale price increases over the last five years. Those drastic price increases have started to push buyers to West Woodlawn,” said Noah Birk. “With close proximity to Hyde Park and the University of Chicago, West Woodlawn offers many of the same positive attributes that have led to the price boom in East Woodlawn, but currently, buyers can pick up buildings at a fraction of the price. I believe that Increased development and strong investor demand will continue to propel the West Woodlawn neighborhood in a positive direction for years to come.”