ReJournals: What property types are the best targets for deconversion? 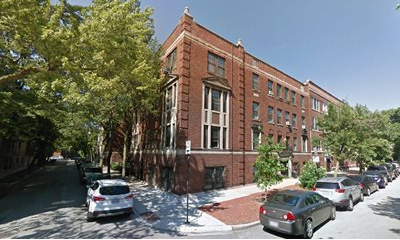 Commercial buildings rarely retain one use. Office buildings transform into residential, post offices become retail and shuttered factories can go self-storage. In this context, it’s easier to grasp the condo deconversion trend that has overtaken some neighborhoods in Chicago.

The modern deconversion movement—turning condominiums into apartments—took its latest turn after the mid-2000s housing bubble and subsequent recession. Back then, credit was looser and there were fewer regulations, leading to a growing class of new homeowners. To supply this new demand, apartment building owners converted their properties to condo.

Many in the industry turned a blind eye to the untenable situation that was unfolding, happy to cash in on the financial alchemy that was behind this incredible growth. This directly led to the down economy, of course, but it also saturated the market with rental units.

Now that the economy has successfully pulled out of the recession nosedive, the trend has reversed course. Developers, brokerages and condo associations are eager to take advantage of what is really a win-win for both sides in the current climate, as the owners get more value for their units than if they were to sell on their own and the buying group gets a value-add property with a stable revenue stream.

So how long before the pendulum swings back? According to Kiser Group broker Andy Friedman, the current deconversion trend should go on at least as long as it takes to unburden an over-supplied marketplace. “The longer a misallocation of capital goes, the longer it takes to unwind,” Friedman said.

The trend to deconvert, then, is the result of a perfect storm of situations. In addition to the artificial bump in condos in the housing supply brought on by unrestrained credit, many condo units are undesirable due to their size, after an “upgrading” of small apartments to condo during the conversion gold rush.

“You saw studios and one-bedrooms turned into condominiums,” said Steven Livaditis, principal and managing director, Essex Realty Group. “Quite honestly, things were done in these buildings that should have never have made it to the homeowners’ market.”

On top of those two factors, millennials continue to hold off on homeownership in favor of renting for a variety of reasons. Because of this, the deconversion tide likely won’t turn for some time.

The main factor that makes a condo building a good candidate for deconversion is a real estate refrain you’ve heard before: location, location, location. Lakeview, the Gold Coast and Lincoln Park have been the hot spots in Chicago as these areas have high and stable rents and they are fully developed, so there are seldom opportunities to create new projects.

But as the trend has become more mainstream, deconversions can make sense in any neighborhood in the city or even outside of it. “Deconversions are happening all over the place,” Livaditis said. “Albany Park wasn’t really considered right for deconversions, but we had success there. We’ve closed a lot of deconversions in Uptown. And we’re taking on additional assignments in the suburbs.”

After location, most deconverted assets are vintage properties. Chicago has a glut of vintage buildings so they are going to be the most heavily trafficked simply due to volume. Another reason is that these are the buildings likeliest to have gone apartment to condo years ago despite small unit sizes.

“It can be difficult for the owner to sell that, and it makes financial sense for an apartment investor,” Friedman said, noting that investors prefer buildings with a high volume of studio and other small units because they can maximize the rental per square foot.

There have been situations where condo associations have approached brokerages and developers with an offer because of the property’s deferred maintenance. Convincing the individual owners to pay more into the kitty to bring the building up to speed is often a harder sell than convincing a developer to put in some capital in order to reposition the asset.

“Deferred maintenance can cut both ways, of course,” said Friedman. “It could be less attractive for the condo owners to hold but potentially less attractive to buy it as an investor.”

Another factor to consider is whether a building has a high concentration of owner-occupied units. The Illinois Condominium Property Act mandates that 75 percent of owners vote yes before a property can be sold and turned into apartments. If one ownership group controls a number of units and leases them out, that block of units goes a long way toward achieving that three-quarters threshold.

“That owner is driven by financial decisions, not emotional ones,” Friedman said. “They’re looking at it as a return on investment, whereas if it’s an owner occupant, it’s their home and other things can come into play.”

Last year, Livaditis, along with Essex director Joe Scheck, oversaw both ends of a deal for 512 W. Belden Avenue in Chicago’s Lincoln Park neighborhood, representing the condo owners in the $7.8 million sale of the property to a local real estate investor. After a three-week marketing period, the 26-unit building attracted more than two dozen investor tours and multiple offers.

The property is comprised of one-bedroom and two-bedroom units, most of which had received modern updates throughout the years while maintaining the beautiful, vintage detail of the courtyard building.

“512 W. Belden fell exactly within that unit mix and building vintage that make for a good deconversion,” Livaditis said. “Plus, it’s in a phenomenal location in Lincoln Park.”

Flats on LaSalle at 1140 N. LaSalle Drive is another recent deconversion and an excellent example of the cyclical nature of some properties. In April, the building owners’ association tapped Kiser Group to list the 250-unit, eight-story property. Originally built in 1924 as a luxury hotel, it was later converted to apartments and in 2006 to condominiums. The units are a mix of studio and one-bedroom units.

In the span of five weeks, the property went from initial listing to under contract. The Kiser Group team conducted more than 50 showings and received nine offers, three of which made the final cut. In the end, the building’s HOA picked the offer that had the best combination of price and terms. With close to 90 percent approval from the unit owners, the building is currently in escrow.

Years from now, when this development cycle has concluded and another has begun, market conditions could very well swing the other way, leading to the transformation once again of apartments into condos. But for the foreseeable future, the deconversion trend is here to stay.