ReJournals: How much of a boon to multifamily are corporate relocations? 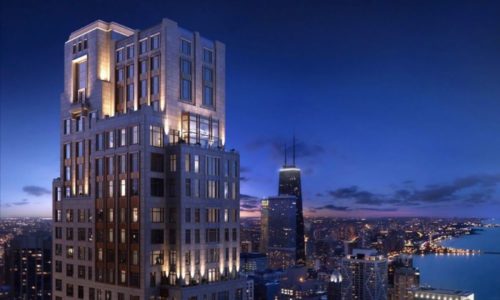 Chicago has welcomed a number of high-profile corporate relocations in recent years and made Amazon’s short list for a second headquarters. If the city were to land HQ2—or another huge office expansion/relocation, now that Apple has started its own site selection sweepstakes—how would the region’s multifamily sector respond?

The state of multifamily in the Chicago CBD is strong, for the most part, with investor interest not waning and plenty of demand from tenants. “Investors are very hungry for the stability of multifamily,” said Doug Fisher, principal and managing director of Essex Realty. “But if you look back over the last six months, it has softened up a little bit.”

The Chicago area added around 8,600 new apartment units in 2017, roughly half of which were in the Loop, Streeterville and River North. This new construction is shifting the supply/demand balance toward supply, as evidenced by new concessions creeping in. Downtown luxury apartments are also drawing residents away from Class B and C properties in the neighborhoods, attracted by the new, highly amenitized buildings that can be had for two months’ free rent or better.

“When there are an inordinate number of units hitting the market, then the only way to be competitive is to cut rent. Nobody wants to cut market rent so they’re offering concessions” said Lee Kiser, co-founder, principal and managing broker of the Kiser Group.

Amazon’s promise of tens of thousands of high-paying jobs and $5 billion in investment has cities jumping over themselves to offer creative tax breaks. Would the multifamily sector see any benefit from that? “The prospect of adding 50,000 jobs and then the additional job creation that would come by way of additional services, retailers and different things that would come about, that all bodes well for the multifamily industry as a whole,” David Bradley, associate regional manager at Marcus & Millichap said. “If they did choose Chicago, no matter where it is, I think that would spur a lot of development opportunities, with multifamily being a direct beneficiary of it.”

One headwind that investors would like to gauge is which segments of multifamily would benefit, were Chicago to actually attract HQ2 or a project of its caliber. Would a rising tide lift all boats—condo, apartment, luxury and middle market?

Looking forward to a major corporate relocation, Kiser doesn’t expect smaller apartment buildings outside the core to see a significant enhancement. “You’re really not going to have much movement in the mid-market with the corporate relocations,” Kiser said.

The workforce that HQ2 would attract would be young and well-paid—the type of occupant who would be drawn to the newer, luxury buildings in the CBD, not out into the neighborhoods. Though perhaps not as appealing to a potential onslaught of young professionals, these properties have their own charms, when it comes to investors. “Chicago’s mid-market is the epitome of Midwest, solid, stable markets,” Kiser said. “You don’t have the same highs, but you also don’t have the same lows as other markets.”

The general trend since the recession has been condo de-conversions. “Back before the crash, there was about a three-year period where we hardly ever underwrote a building based on its income and expense. Cap rates went out the window,” said Kiser. “Now we’re doing it the other way around, trying to figure out how to show an investor how they can take what was previously a developers building and de-convert it, turn it back into apartments.”

These de-conversions are actually adding to the apartment stock, especially in the mid-market sector. But because the apartments are going in without new construction, the stock of units isn’t being diluted.

Current financing terms might have more of a sway on whether a slate of new residents opt to rent or move into a condominium. “The lending requirements are still very tight for buyers and new buyers so I don’t see that loosening up any time soon,” said Fisher. “The condo market may continue to improve as the economy continues to improve and certain renters move into the next phase of their life where they want to own and start a family. But I don’t see any dramatic shift, from my point of view.”

One question on some investors’ minds is whether the recent changes to the federal tax code will have an effect on the multifamily sector. “I do think that there are major implications to the multifamily industry, particularly with the pass-through deductions,” Bradley said. “A sense of clarity moving forward is going to be very good and with the reduction in the corporate tax rate from 35 to 21 percent, that’s going to cause companies to have more capital, to reinvest back into their business operations, expand facilities and create more jobs. Job creation is always tied to multifamily performance.”

If Chicago continues to attract corporate relocations, including those the size of Amazon’s stated expansion, it can only improve multifamily, as well as other sectors. “Whoever gets HQ2, it’s a huge thing for marketing and promotion for the municipality, as much as the actual people moving into the area and wanting to rent,” said Kiser.