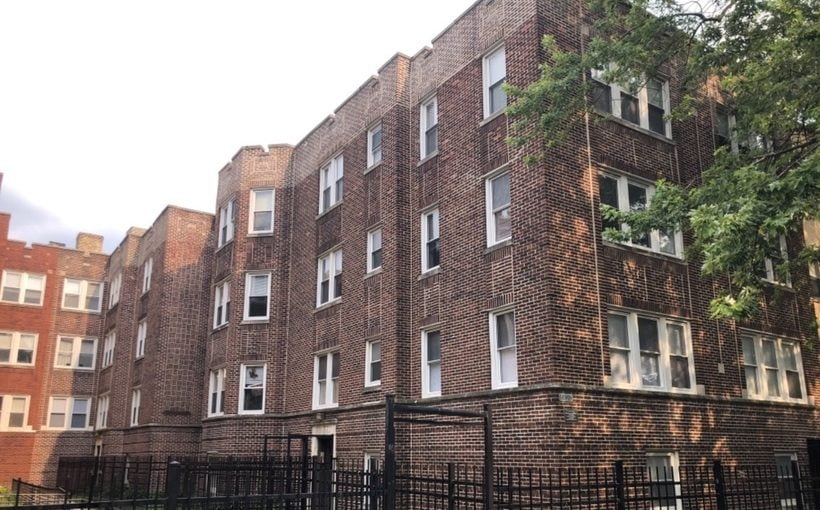 Courtesy of Lendlease
A townhome terrace at Porte

“Rental townhomes are a rare offering in the downtown apartment market and especially in the West Loop, which is why we wanted to offer them as an alternative to the existing for-sale inventory in the neighborhood,” Lendlease Executive General Manager of Development Ted Weldon said in a statement. “These floor plans offer the space and privacy of a typical townhome while allowing residents to maintain the flexibility and amenities associated with the rental lifestyle.”

Each townhome has a ground-level terrace and a second-floor balcony, features of growing importance, he added.

“Having not one, but two private outdoor spaces has been a key selling point with today’s renters,” Weldon said. “As more people work remotely — a trend we expect will continue — some are looking for additional space that these townhomes provide, including a second bedroom that can double as a home office, complementing the shared workspaces available to all Porte residents.”

JLL made a number of personnel moves, the culmination of a two-year transformation. Americas CEO Greg O’Brien will move into a new role as global CEO of markets, John Gates will lead the Americas region as CEO of Americas markets and Andy Poppink will become CEO of EMEA markets. Poppink will relocate to Europe from the U.S. West region, succeeding Guy Grainger, who becomes JLL’s global head of sustainability services and ESG. All these changes are effective Jan. 1.

Ryan Cos. hired Chicago-based Greg Salter to lead its financial efforts for its Great Lakes, Midwest, Southeast and South Central regions. Salter began his new role on Oct. 26. He previously served as vice president at the Farbman Group.

Chicago-based development and design-build firm Clayco promoted David Reifman to lead its Chicago business unit as president. He will maintain his role as a principal and partner at CRG, Clayco’s real estate development and investment firm. Reifman joined Clayco in September 2019 after serving as commissioner of planning and development for the city of Chicago and was previously a partner at DLA Piper. The promotion comes on the heels of Lori Healey’s departure to help lead the Barack Obama Foundation’s Obama Presidential Center project.

Essex Realty Group promoted Courtney O’Keefe from associate to senior associate. O’Keefe has focused on the acquisition and disposition of multifamily and mixed-use investment real estate throughout the Chicago suburbs. Prior to joining Essex, she worked as an assistant property manager at NAI Hiffman.

Baum Realty officials predict entertainment and performing arts businesses will rebound in a post-COVID-19 world. To make the most of that opportunity, the firm hired Lee Dickson to lead its new entertainment practice. She recently helmed Dickson & Co., a brokerage firm specializing in urban leasing and sales, and has served on the boards of several local theater companies.

Newport Capital Partners acquired Stonebrook Plaza for an undisclosed amount from Regency Centers. Jewel-Osco anchors the 95K SF center at the intersection of Kedzie Avenue and West 115th Street in southwest suburban Merrionette Park. The property is 96% occupied and includes other tenants such as Blink Fitness and Pet Supplies Plus.

Kensington Development Partners sold a 3K SF, single-tenant retail building in west suburban Batavia to a high net worth family trust for $2.5M. A JLL team led by Alex Sharrin and Alex Geanakos marketed the property, completed in 2020 and ground leased to Raising Cane’s Chicken Fingers, on behalf of the seller.

The 5027-29 North Harding Condominium Association sold its 13-unit Albany Park building for $1.95M through a Section 15 deconversion. Kiser Group’s Andy Friedman and Jake Parker represented the association in the sale. The three-story building was built in 1931 and converted to condos in 2006.

Newcastle Limited secured $41.3M in construction financing to develop an 89-unit mixed-use project at 1210 North State Parkway in Chicago’s Gold Coast neighborhood. CIBC Bank USA is the loan administrative agent, and First Midwest Bank is a co-lender. Newcastle will start construction this month on the 12-story building and deliver it in early 2022. The developer’s team includes architect CallisonRTKL and general contractor Power Construction. Reside Living, a Newcastle subsidiary, will lease and manage the property.

Chicago-based Noah Properties began construction of The Avondale, a community of 52 townhomes and 15 condominiums in Chicago’s Northwest Side Avondale neighborhood. The Sergio & Banks Group at @properties will handle sales and marketing. Designed by Anita Lisek of Lisek Interiors, The Avondale residences, located along Belmont Avenue at Kildare Avenue, will be set around a courtyard with gated access and landscaped green spaces.

Chicago’s Oak Street District, a luxury retail area, continues to suffer from the pandemic, according to Unacast, a firm that collects and analyzes location data from millions of U.S. smartphones. Total foot traffic was recovering until early October, when it dropped sharply, falling to 51% compared to 2019.