North Side Apartments: Are you an optimist or pessimist about the market? 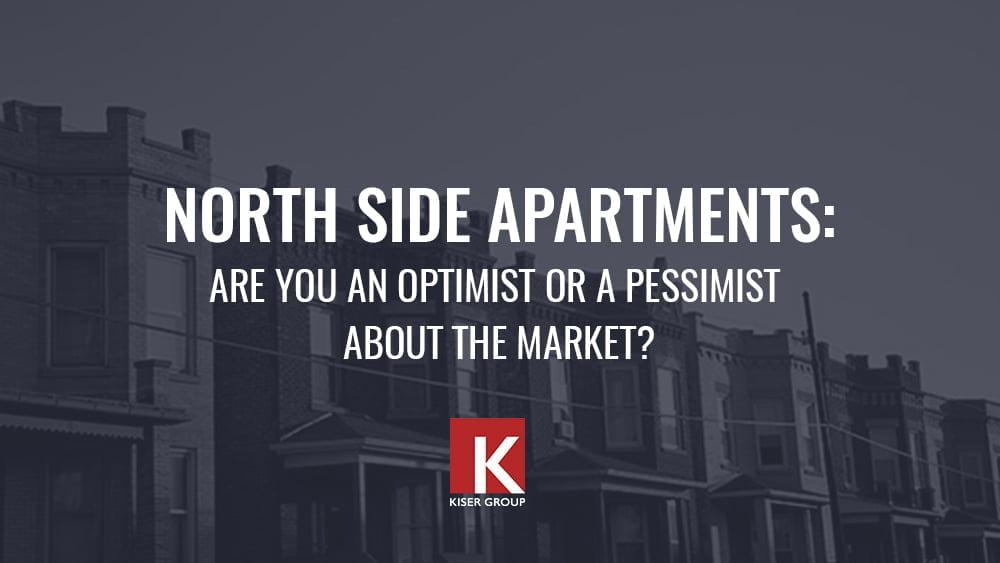 In speaking with northside landlords over the past few months, I’ve learned a lot about the actual and perceived impact of COVID-19 on multifamily. Investors and operators typically fall into one of two groups: optimist or pessimist. Interestingly, more than a few of them have switched groups (some more than once).

What are the optimists saying?

Despite a lot of question marks regarding the economy, investors have recognized that now is the time to take advantage of record-low interest rates.

Beyond access to cheap money, investors feel like many of their competitors are waiting on the sideline, allowing them to buy properties at a lower price than they would have been able to last year.

Lastly, many have said that even with a more challenging year or two ahead of us, there will be more money in the economy due to the stimulus packages that have been and will likely continue to come from the federal government. They argue that owning real estate will be an important safe-guard against impending inflation.

What are the pessimists saying?

According to pessimists, COVID-19 has simply exacerbated all of the issues that were already making it difficult to own and operate property in Chicago.

They argue that landlords will be the ones paying for the stimulus packages via increased property taxes.

While the majority of landlords are still operating at 90+% occupancy, pessimists believe that vacancy rates will soar soon, as tenants can’t make rent.

Lastly, while interest rates are lower, many banks are requiring borrowers to escrow an additional 12-months principal and interest before they’ll finance a new acquisition.

What is the northside apartment market saying?

While there certainly are investors choosing to sit tight for the moment, I have been surprised to see so many excited to get out and tour properties, make offers, and ultimately purchase apartment buildings.

Anecdotally, I have been told by a dozen clients that they are struggling to lease units in July and August and as a result are experiencing much higher vacancy than any other time in their careers. This vacancy is not scaring them. Many of the same clients are also under contract on properties and writing offers on others.

Whether you are looking at holding or selling, now is the time for an updated market valuation. Give me a call, and let’s discuss what your building is worth in current market conditions.