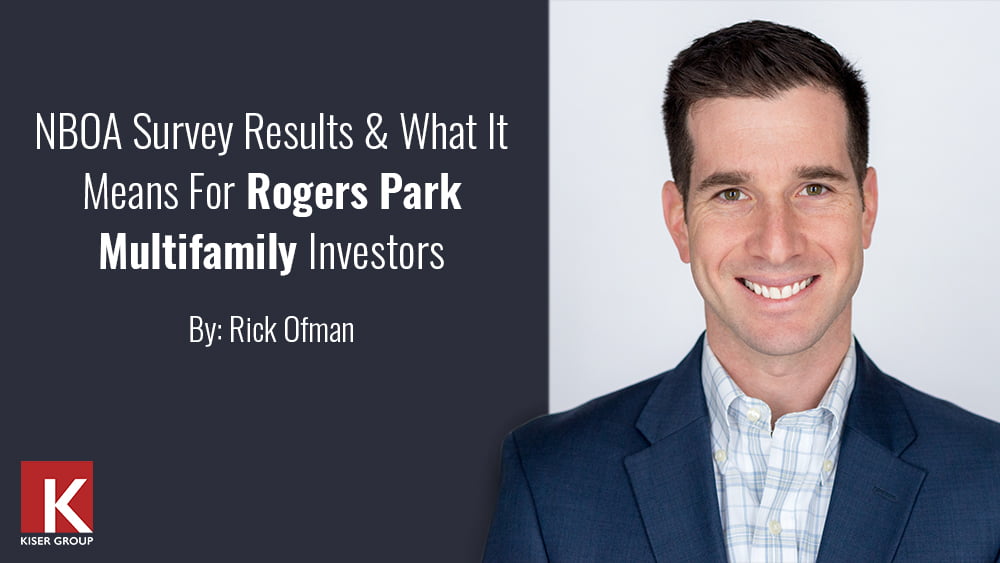 Kiser Group and the Neighborhood Building Owners Alliance (NBOA) surveyed over 150 Chicago housing providers to determine the effect of the Emergency Rental Assistance (ERA) program on the city’s (and surrounding MSA) rental housing market in addition to rent collections and the neighborhood housing landscape since the onset of the pandemic.

The respondents collectively own approximately 27,000 rental units throughout Chicagoland. As was the case with previous survey iterations, over two-thirds (approx. 70%) of the respondents consisted of small- and mid-sized housing providers who own fewer than 100 rental units and/or own 10 or fewer buildings.

While the survey provides insight into the city as a whole, I find myself wishing we had data broken down by neighborhood as well. Landlords in Rogers Park must have experienced the last 18 months differently than landlords in Bucktown, right? With this thought in mind, I reached out to a handful of Rogers Park landlords that have properties in other neighborhoods as well. This group of landlords owns and/or manage 7,500 housing units with roughly 2,000 in Rogers Park.

These landlords as a whole are on a path to recovery, seeing better collections and lower vacancy; yet, at the same time, the data shows that many still struggle with collections, occupancy and rent growth. Though some were able to increase rents and stop waiving move-in fees in June, the majority of landlords are content just filling units without dropping rents.

Generally, it appears Rogers Park landlords experienced less vacancy than other North Side neighborhoods initially during the pandemic. Some attribute this to the relative affordability, while others believe the only reason they were able to rent anything was due to Loyola shutting its dormitories. Now that the University has reopened, many landlords find themselves dealing with increased turnover and are struggling to get those same units rented.

Interestingly, each of the landlords I interviewed pointed out that their larger units (two bedrooms and up) were leasing quickly at pre-pandemic rates. The vacancies in Rogers Park are overwhelmingly studio apartments in buildings with more than 30 units. Overall, the feeling is that Rogers Park has fared better than many of the neighborhoods on the North Side; nevertheless, these same landlords voiced major concerns about the ever-increasing leftward political shift, soaring assessments, and high levels of crime in the neighborhood.

Evidently, investors believe in the future of the Rogers Park rental market. In May of 2020, I predicted COVID-19 would be in our rearview mirror by August of 2021 at the latest. While it looked as if I would finally predict something correctly, the Delta variant had other plans. All of us find ourselves in what feels like the same spot we were in last summer, masking up indoors and worrying about the fall rental market. At least this time, we can draw upon our experience as we look toward the end of 2021 and beyond.

*This article originally appeared on RPBG.org*