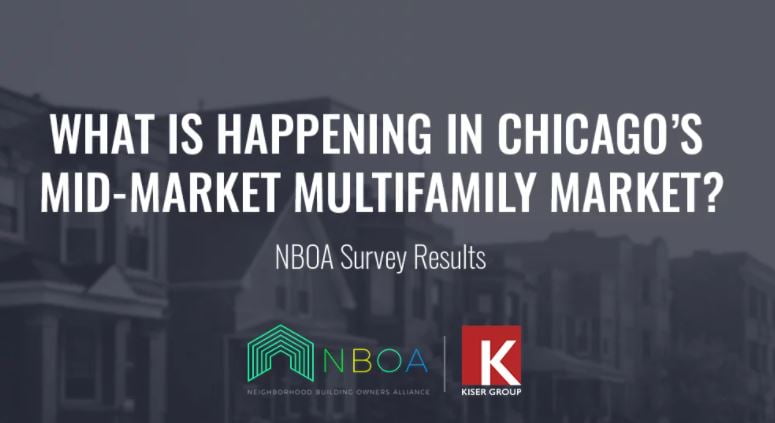 The multifamily sector got stuck in the doldrums throughout much of 2020, with occupancy, rents and new investment falling. The harshest impact of the coronavirus pandemic fell on housing in the downtown market, as renters shied away from areas with the highest density. But even during the pandemic’s worst days this winter, robust leasing continued at a select group of developments outside the urban core.

Fifield Cos. opened its Logan Apartments in Chicago’s Logan Square neighborhood last March just as fears of COVID-19 shut down a lot of activity, including the in-person showing of new units. The slowdown did not last long, and the company announced near the end of January it had leased 75% of the 220 units.

“Our lease-ups have bucked the trend a bit, but it’s because the neighborhoods have retained a bit of energy that has been lost in the CBD, Gold Coast, South Loop and the Loop,” Fifield Cos. Senior Vice President Jon Schneider said. “Those areas have lost a lot of buzz and energy and our project is a beneficiary of that.”

Logan Apartments is a highly amenitized building just off a train line and includes a range of retail tenants like Target, Verizon and several restaurants. It’s the kind of Class-A transit-oriented development that attracted many builders, investors and tenants in the runup to the pandemic, so it isn’t representative of the market as a whole. But its growing stream of potential renters may be a sign that city living still has cachet among affluent renters.

“My job is to read into the renters’ psyche as a whole so I can make sound decisions,” Schneider said, and news of effective vaccines, even if few have actually gotten the shots, has made potential tenants confident enough to once again begin making long-term choices.

Schneider said interest in the development by potential tenants rebounded in early January and hasn’t abated.

The market was soft throughout the fall and much of the winter, Marcus & Millichap Senior Vice President Kyle Stengle said. College students didn’t show up to rent apartments after schools shut down classrooms, and many other young people started moving back in with their parents instead of signing lease renewals. Although there is no data yet on 2021, Stengle said he expects demand to start picking up as many of these renters start moving back to the city.

“Both of these projects have seen the kind of leasing pace we would expect to see in a healthy market,” Schneider said.

Occupancy in the downtown apartment segment hit a two-decade low last year. The rate fell from 93.8% in Q3 2019 to 87.1% one year later, according to a report in Crain’s Chicago Business, citing data from Integra Realty Resources. Rents also declined, falling between 18% and 23%, depending on the class of apartments. Suburban properties weren’t harmed nearly as much by the pandemic. After an influx of renters from the city, occupancy there even increased in the same period, from 95% to 95.3%, along with an uptick in rents.

“For the most part, the pace of leasing in the suburbs held up rather well,” Marcus & Millichap Senior Managing Director Ryan Engle said. “I think many of us expected more carnage.”

Class-A landlords suffered the worst reverses. Class-A vacancy across the Chicago metro area jumped 180 basis points between July and September, according to Marcus & Millichap’s Q4 market report. The rate for Class-C rentals meanwhile dropped 70 basis points to 3.7%, and the rate for Class-B units held steady at 5.2%.

The losses in rental income and worries about the future kept investors at bay through much of 2020. Investors spent $1.8B on Chicagoland apartment buildings in 2020, a 54% drop from 2019, according to another report in Crain’s, citing data from Real Capital Analytics. But Stengle said activity has picked up, and as long as the vaccines can do their work, and no other surprises further damage the economy, a steady demand for Chicago-area apartments should return.

“We’ve weathered the storm we’ve seen so far, and we seem to be getting near the end,” he said.

The affordable housing sector received fewer bruises over the course of 2020, according to Habitat Co. Senior Vice President Charlton Hamer, who oversees the Chicago-based firm’s 13,000 affordable housing units, many of which are supported by Section 8 vouchers or other subsidies.

That helped to keep rent collections relatively high, although at some properties Habitat saw collections decline between 10% and 15%, Hamer added. The rough economic times have also increased the pool of tenants eligible for affordable housing programs.

“As for occupancy, it’s stayed relatively high, and for the foreseeable future, it will remain so,” he said.

But there is a shortage of 120,000 affordable homes in Chicago, according to official city data, and Hamer said he worries that the ongoing economic crisis will strain the existing affordable housing supply.

“We already have a tremendous gap between affordable housing need and supply in many cities around the U.S., and what’s happening now is widening that gap in most places,” he said.

There is still a lot of ground to make up for private owners. Landlords lost a lot of money in 2020, and making up those losses won’t be easy, even if the $1.9 trillion federal aid package now before Congress hits President Joe Biden’s desk.

According to a new survey by Kiser Group and the Neighborhood Building Owners Alliance of nearly 400 Chicagoland housing providers, nearly half of whom own fewer than five residential properties, 23% reported economic losses of 15% or more in 2020. And only 37% of the owners reported December rent collections of 95% or more, down from the 46% who were hitting that mark in September. Those reporting rent collections between 51% to 85%, which put properties at increased risk of foreclosure, increased from 21% to 27% in the same period.

The losses will hurt operations in 2021. About two-thirds of the survey respondents said they will make fewer capital improvements this year, one-half said it meant fewer repairs and maintenance, and 26% said they will not be able to pay their taxes or mortgages in full.

“If vaccination rollout is effective and stimulus is implemented, the collection data should begin improving; however, we are far from being out of the woods,” according to the report. “We won’t truly know where we’re headed until more time has passed and more survey data is analyzed.”

Looking past the pandemic, market-rate owners do have a couple of things in their favor. New construction has slowed considerably, which should allow newly completed projects, as well as those that will open in 2021, an extended period with less competition.

Multifamily construction starts for the Chicago metro area fell from $3.6B in 2019 to $1.6B last year, a 54% drop according to Dodge Data & Analytics, while the value of single-family home construction starts actually increased 4%. The multifamily drop steepened at the end of the year. In December 2020, multifamily starts totaled $46M, a 92% drop from the $608M recorded in December 2019.

The economic crisis also seems to have made millennials less likely to make homebuying plans. According to a 2020 renter survey by Apartment List, 18% of those aged 24 to 39 said they plan to rent forever, up from 12% in 2019.

“That’s all obviously good news for our space,” Schneider said. “Certainly, several years down the road, that could provide meaningful opportunities for us to make up lost ground.”