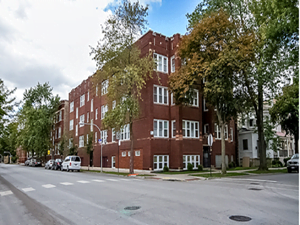 The $29-million real estate portfolio consists of 21 residential buildings located in various South Side neighborhoods. The properties offer studios, one-, two-, three- and four-bedroom units, as well as retail space.

Kiser Group has facilitated the sale of a 21-building, 370-unit multifamily community in Chicago’s South Side for $29 million. Director Noah Birk and Aaron Sklar, a broker with the company, led the negotiations on behalf of the seller, WPD Management.

The properties encompass a mix of studios, one-, two-, three- and four-bedroom units as well as retail space. The largest clusters are located in Washington Park, East Woodlawn and South Shore.

“It’s rare to see such a large deal on the south side,” said Birk, in prepared remarks. “Over the past couple of years, Washington Park, East Woodlawn, South Shore and other South Side Chicago neighborhoods are seeing a surge of investor interest due to the high returns seen in the market.”

Sklar added that the increased demand in South Side properties is partly due to the city having successfully attracted a series of new developments in the area. The Obama Library and the Jackson Park golf course, recently redesigned by Tiger Woods, are two of the biggest projects which have brought change to these Chicago submarkets. A full-service Jewel-Osco grocery store is also slated to open its doors in Woodlawn next year.

Following the sale, WPD Management’s portfolio will still count more than 2,000 units in the area.