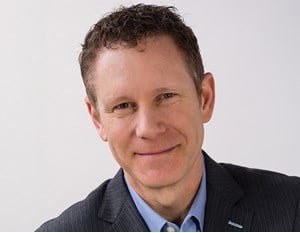 After a strong year, which translated into $144 million in closed transactions, principals Estella and Lee Kiser have decided to focus on company re-branding, culture and staff retention in 2017.

Although 12 years might not be considered enough for a real estate company to build a solid reputation, brokerage firm Kiser Group proved that it can be done even in more competitive markets such as Chicago. Founded in 2005 by Lee Kiser, the firm consolidated its role in the mid-market segment after closing on more than $144 million in multifamily transactions in 2016 alone.

Next in line are Directors Noah Birk and Michael D’Agostino. They are both experienced in assisting private investors and property owners in the transaction of stabilized and value-add multifamily assets. Their work helped build the company’s reputation among the privately-owned brokerage companies in Chicago.

In the first half of 2017, Kiser Group took the opportunity to re-evaluate its approach to business, company culture and staffing, while continuing to manage one of the largest mid-market portfolios in the city.

Internally, the company’s focus has been retaining and growing the team of brokers which has gone from 17 to 26 in the past year, as Kiser disclosed. The goal is to have members collaborate more than compete with each other. To achieve this, Kiser Group has decided to overhaul the compensation structure and award bonuses based on the transaction volume. The company has also implemented a series of actions such as mentorship, monthly team outings and a better communication strategy to serve their clients’ best interests.

The changes also included a new logo, which Kiser Group presented this summer. “As we rebranded, we felt it was time to update our logo and website and make sure to stay in the media about our evolution and sales success,” Kiser told Multi-Housing News.

The middle-market segment opens up a wide spectrum of assets, so the transactions brokered by Kiser Group vary in value from $50,000 to $122 million. Since the beginning of the year, the company has been more present in Chicago’s South Side, as demand for assets in neighborhoods such as Washington Park, East Woodlawn and South Shore has been high. The also company continued to broker deals in Chatham, Montgomery and Edgewater.

The company’s top three most valuable transactions in the first six months of 2017 total roughly $56 million. The number one spot is occupied by a $29-million, 370-unit Chicago South Side multifamily portfolio. Noah Birk and Aaron Sklar represented the seller, WPD Management, in the transaction.

“It’s rare to see such a large deal on the south side,” said Birk, in prepared remarks. “Over the past couple of years, Washington Park, East Woodlawn, South Shore and other South Side Chicago neighborhoods are seeing a surge of investor interest due to the high returns seen in the market.”

At number two is the purchase of $15.3 million portfolio comprised of vintage multifamily properties in Edgewater. The team of brokers involved in the transaction was made up of Lee Kiser and Associates Michael Feldstein, Luke Lesniewski and Stevens Haen. The buyer was Becovic Properties.

Third place is occupied by another sale in Edgewater—an 80-unit property which traded at the highest price per unit for a four plus one asset north of Irving Park Road—$144,000. Kiser and Feldstein represented the seller, a local family partnership.

Since its foundation, Kiser Group has been specializing in investment sales in the greater Chicago mid-market segment. This proved to be a winning ticket, as Kiser Group has gained market share due to its experience in understanding property value, explaining the operations to investors and getting an asset appraised and financed. As the two principals disclosed in an interview with MHN a few years back, although working with non-institutional investors and mid-market assets has its challenges, having such a wide spectrum of possibilities is a major advantage.

Estella and Lee Kiser explained that the mid-market assets form the majority of multifamily deals closed in Chicago and that investment is driven by a healthy demand for housing from a strong group of renters.

“In Chicago, there is a growing competition between single owners and companies looking for mid-market product. Companies are acquiring mid-market products in better neighborhoods at tomorrow’s prices in able to control the inventory today. As more single owners compete to win deals, they are exploring previously ignored neighborhoods such as Chicago’s South Side. With an influx of investors, both local and out-of-state, looking to acquire properties in these areas prices continue to grow,” added Kiser.

The company’s future plans include recruiting for additional Chicagoland brokers as well as a possible expansion into other Midwest markets.