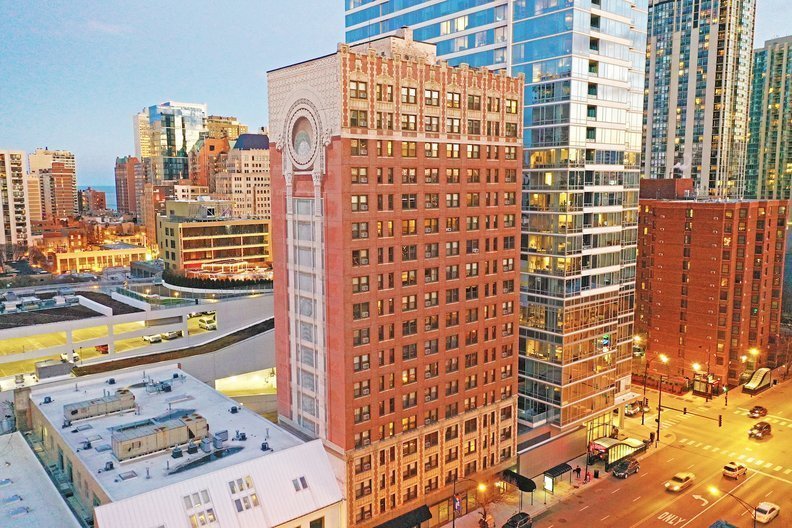 The coronavirus has pushed many real estate dealmakers to the sidelines, but it hasn’t stopped the business of converting condos into apartments.

In Edgewater, local landlord Becovic Management Group has paid $13.3 million for Shore Manor, a 90-unit condominium building at 5858 N. Sheridan Road, according to CBRE, the brokerage that arranged the sale. In Old Town, LaSalle Towers, a 70-unit condo tower at 1211 N. LaSalle St. has gone up for sale with an asking price of $21 million.

Condo deconversions—in which a single investor buys up all the units in a condo building and turns them into rentals—have been a popular trend in Chicago over the past several years, amid a strong apartment market and lethargic condo market. Condo owners can often receive more money in a bulk sale to a developer than they would in a sale of their unit individually, and apartment values have been so high that developers can afford to pay the higher price and still come out ahead.

Yet the deals are complicated because they can require the approval of dozens or even hundreds of condo owners in a building, and not all are willing to sell. The city made deconversions even tougher last fall, passing an ordinance mandating that owners of 85 percent of a property vote to approve a bulk condo sale, up from the 75 percent required under state law.

But the sale of 5858 N. Sheridan received enough support in a February vote to pass the higher threshold, allowing Becovic to take over the property. One reason: Another investor, Clifford Orloff, owner of Sacramento, Calif.-based Orloff Property Management, had acquired at least 65 condos in the building from July 2018 through October 2019, according to Cook County property records. With so much voting power in the hands of one owner, reaching 85 percent was a lot easier than it would have been if the building’s ownership was more fragmented.

CBRE brokers Sam Haddadin and Justin Ross brokered the sale of Shore Manor. Built in 1955 and converted to condos in 1977, the 12-story building is just down the street from a 188-unit former condo building at 5815 N. Sheridan Road that sold in 2018 for $27 million, another deconversion brokered by CBRE.

Though the city’s new ordinance has made it harder to pull off condo-to-apartment deals, the coronavirus pandemic hasn’t had a noticeable impact on the deconversion market, said Andy Friedman, a broker at Chicago-based Kiser Group.

“I don’t think COVID has changed it, at least not yet,” said Friedman, who is marketing LaSalle Towers. “I’m sure there will be effects.”

Built in 1929 as a hotel, LaSalle Towers was later converted to apartments and then condos in 2006. Many downtown denizens recognize the 19-story building for the large trompe l’oeil murals on its three sides.

The property’s $21 million asking price represents a 25 to 30 percent premium over what the building’s condos would fetch if they were sold individually, Friedman said. The building has been marketed as a deconversion to developers going back to 2017, with the latest deal falling apart last fall, he said. Kiser has been marketing the property for about four weeks.

“Our response to this property has been quite surprising, and we already have several legitimate offers,” Friedman said.