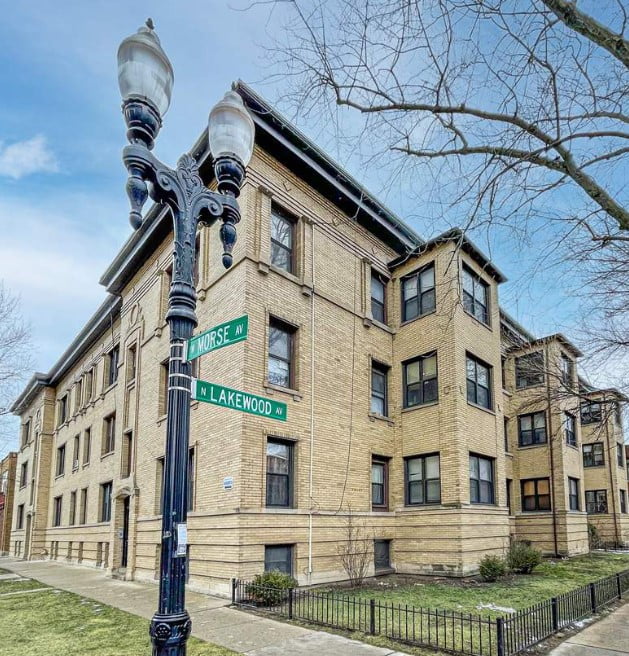 “The Morse Avenue property is the type of deal that doesn’t come along very often,” Kiser Group Director Danny Logarakis said “While current ownership has kept the property meticulously maintained for two decades, the buyer will have an opportunity to add value by renovating units and raising rents to market rate.”

1237 W. Morse Avenue sits three blocks from the lakefront and Chicago’s Morse stop on the Red Line. The property includes fourteen spacious one-bedroom units and seven two-bedroom apartments. There are nine exterior parking spaces as well as coin laundry on-site. The seller has made significant improvements to the property over the past few years including tuckpointing, windows, porches, a new hot water system and boiler, as well as a new roof and cosmetic upgrades to approximately half the units.

6649-51 N. Greenview Avenue is a 10-unit walk-up comprising eight two-bedroom units and two spacious one-bedroom apartments. The property sits directly across the street from Sullivan High School and Kilmer Elementary School and is only four blocks from Loyola University Campus and Chicago’s Loyola stop on the Red Line. The seller of this property has also made capital improvements over the past few years, including tuckpointing, windows, porches, new hot water tanks and a newer roof overlay, in addition to cosmetic upgrades to more than two-thirds of the units.

Read more about the deal at the Chicago Business Journal.