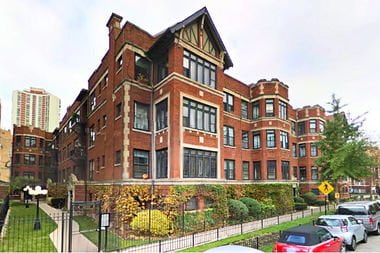 EDGEWATER — From one long-time landlord family to another, the 109-unit property at 6100-10 N. Winthrop Ave. sold for $15.3 million recently to Sal Becovic of Becovic Properties.

For 30 years the building was owned by Rae Ann and Bob Cecrle, and after months of “diligently” trying to broker a deal, Becovic said his family’s business is “proud” to take it over.

His new vision for the building includes making much-need improvements to windows, plumbing and the brick exterior, but also converting a good portion of the largely one-bedroom units into two-bedroom homes.

Many of the spacious one-bedroom units have detached dining rooms Becovic said can be converted using temporary walls and doors, making it so current occupants don’t have to move out during renovations.

However, the bedroom upgrades and added amenities like a fitness room will still mean higher rents — a sensitive topic in Far North Side neighborhoods like Edgewater right now as investors look to capitalize on the area’s growing popularity.

According to Kiser Group, which brokered the deal, the property saw 12 offers in five days.

Becovic said he hopes “100 percent” of current residents will renew leases after rents are increased, even if they downgrade to one-bedrooms.

A converted two-bedroom will likely rent for between $1,400 to $1,550, which Becovic characterized as a fair deal when compared with other recent investors who have pitched $1,300 studios.  Though higher than what tenants pay now, the price of a two-bedroom at his building, dubbed “Winthrop Gardens,” skews on the lower side of what other nearby two-bedrooms go for, ranging between $1,300 to $2,000.

After renovations take place, about 25 percent of the units will remain single-bedroom apartments.

Lee Kiser, managing broker of Kiser Group, said local landlords will have to buck up if they want to stay competitive in today’s market.

“I think that local landlords understand that the market has moved, and for them to be competitive, they have to get much more aggressive with pricing and terms,” Kiser said.

Becovic, whose parents founded the business in 1973 and grew up around the corner, said raising rents in the building was inevitable, but added that he’s also trying to keep affordability in mind.

“We’re not some New York person … some outside investor coming into the neighborhood because it’s a hot place — no, no,” he said. “We’re just looking to continue to re-invest.”

The Cecrles, who sold the building to Becovic, are well-known community members and landlords who own a number of residential and commercial properties in the neighborhood — including a recent proposal for a new development around the corner from their recently sold Winthrop building.

That property at 1101-09 W. Granville Ave. would offer 10 two-bedroom/two-bathroom apartments and 10 one-bedroom/one-bathroom units, as well as about 5,000 square feet of ground floor and basement retail space.

Two-bedroom units would rent for around $2,100 per month for 1,200 square feet, while one-bedrooms would go for closer to $1,700 to $1,800 a month for around 700 square feet, plus utilities. Two units, or 10 percent of the apartments, would be set aside as affordable housing.

The couple also owns the former Blue Buddha Boutique location down the block at 1127 W. Granville Ave., where the Chicago Mosaic School will soon be moving, as well as property across from the proposed building that will include art galleries.

Ultimately, Becovic said he wants to see Edgewater to remain the desired place it has become in recent years.