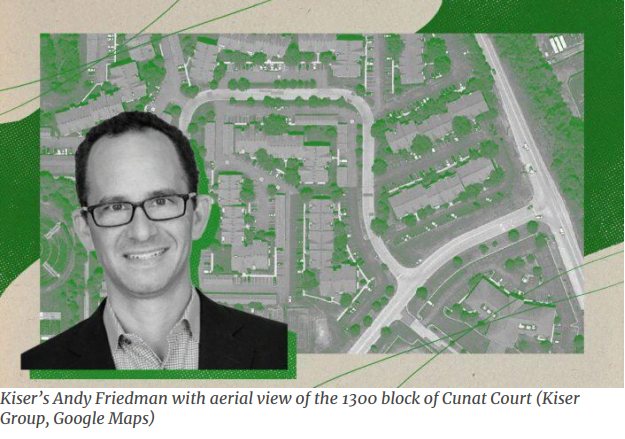 Matt King pushed back last year when Cunat, a multifamily developer and landlord, offered $30 million to buy out residents of his 300-unit condo complex in Lake of the Hills, about 40 miles northwest of Chicago. King, a general contractor who bought his first unit three decades ago and now owns several, said it wasn’t nearly enough to cover the cost of buying a new condo in the area. He started a campaign that rejected the offer. Now he’s on the condo’s board – and he and his backers say they’re dead-set against a sale, even after Cunat raised its offer in December to almost $34 million. They’re hoping for $40 million, almost 35 percent above market value. “I don’t think they’re done with us,” King said. “They’re going to come back.”

Cunat didn’t respond to requests for comment. The standoff is a microcosm of the chasm between developers keen to convert condos to rentals, boosting their valuations by anywhere from 40 to 70 percent, and owners who say they’re trapped. It adds up to a seller’s market that isn’t all that it seems as supply shrinks and prices soar, leaving owners little option beyond hanging on. Some owners draw hope from a 2018 amendment to Illinois law that could entitle residents to tens of thousands of dollars more than the price of a condo for replacement housing, paid from the condo association’s sale proceeds. That legal interpretation could stymie the deconversion market, said Chicago-based Tyler Hague at Collier’s International, who works on multifamily deals.

Lawsuits have already sprouted against residents who defied the condo board and refused to sign closing documents on another Cunat proposal, the $11 million deconversion of 124 units at the Greens of Irish Prairie. “It raises the risk profile in something that is already pretty risky,” Hague said. “Condo deconversion is not for the faint of heart. It has to be this circumstance where the investor, the broker, the attorneys and the president of the condo association are all aligned and working together toward the same common goals.” Some of the buildings now being transformed into rentals are returning to their original purpose after what turned out to be a poor business decision, Hague said.

Granted, many condo investors still want to unload their assets, bolstering the deconversion market. A 32-unit former condo building in suburban Evanston was listed this week as a rental for $11.5 million. An Ellyn Crossing rental complex that once featured hundreds of condos sold last week for a record $137 million.

Even so, condo sales slowed by last fall from earlier in 2021, and midmarket condo prices weren’t appreciating much, unlike single-family homes, said Andy Friedman, director of Chicago multifamily brokerage Kiser Group. The dwindling supply of mid market condos, especially further in the suburbs, gives pause for owners confronted with a deconversion or even just a sale as they fret that they can’t find anything nearby for what they could earn on a deal. “I had one in the suburbs that I chased for a year and the ownership just didn’t end up wanting to do it,” Friedman said. “We’re 13-and-a-half years past the great financial crisis, and you’re still seeing a cleanup, so to speak, of the condo boom.”