Crain’s: Big condo building on Near North Side could fetch $40 million 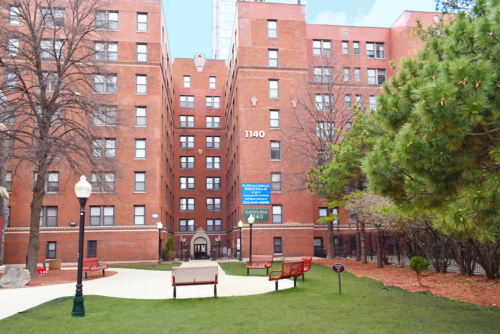 The condominium deconversion trend sweeping Chicago has flushed out a big vintage residential building on the city’s Near North Side.

After scooping up about 130 of the 250 condos in the building at 1140 N. LaSalle St., H.A. Langer & Associates now wants to sell the entire property to an investor that will convert it into apartments. A sale would bring the building full circle, from apartments to condos and back again, a type of transaction that has come into vogue as apartment rents and property values have surged the past several years.

Langer and other investors are capitalizing on a Chicago housing market that has totally flipped since the condo boom of the prior decade. Back then, when the condo market was booming, apartment landlords would sell their buildings to developers that would convert them to condos. Langer previously owned 1140 N. LaSalle and ran it as an apartment building before selling it to a condo converter for $20 million in 2005.

Now, amid a hot apartment market and ho-hum condo market, developers are doing the opposite, “deconverting” the condos into apartments. Because units in many buildings are worth more as apartments than as condos, they can profit from the gap in values.

Deconversions are “definitely a meaningful segment of the investment market,” Kiser said. So far, Kiser has given investors about 30 showings at 1140 N. LaSalle.

Yet they can be complicated and messy, because investors must sometimes persuade dozens of condo owners to sell their units, and not all are willing to go along. Under state law, owners of at least 75 percent of the units in a condo building must approve a sale of the entire property.

But Langer already owns more than half of the units at 1140 N. LaSalle, which should make its job easier than in other deconversions. The condo market crashed before the building fully converted to condos, sticking its developer with 100 unsold units, which were eventually sold out of foreclosure and ultimately acquired by Langer.