Condo Deconversions Likely To Restart In 2021, As Long As They’re Outside Downtown 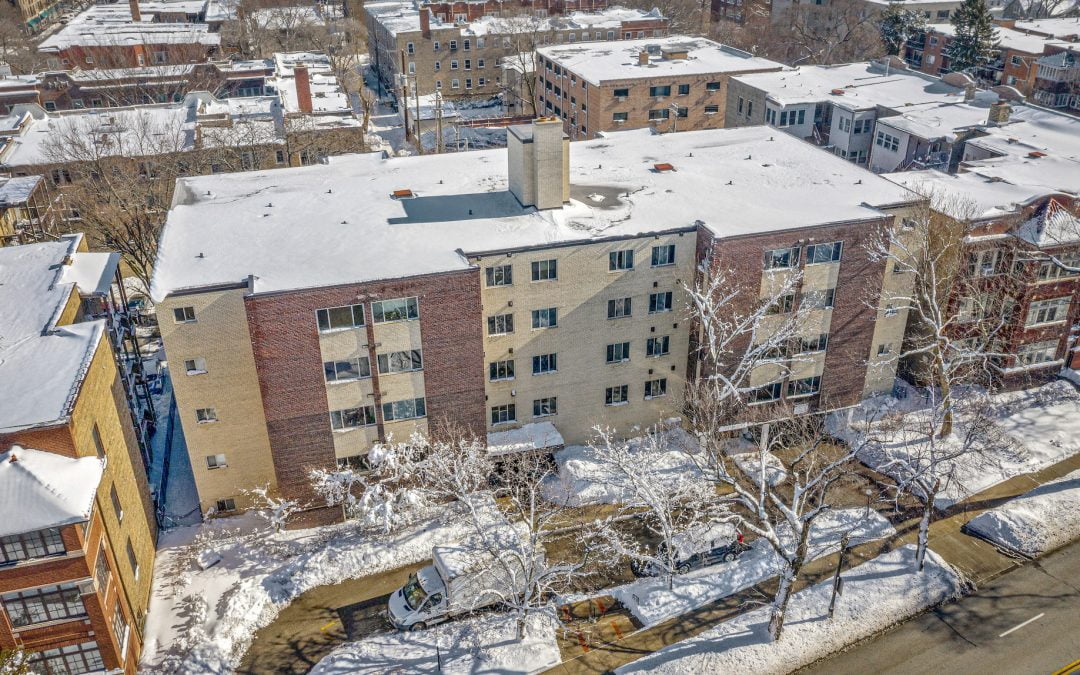 The coronavirus pandemic took off much of the luster from the downtown rental market, and that means condo deconversions, once a popular method of creating multifamily units downtown and along the lakefront, are unlikely to continue in the core market. Instead, investors will start looking for potential deals in the suburbs, where multifamily properties have held onto tenants during the crisis and even boosted rental rates.

“The appetite for the suburbs in general is really strong, as more people are moving out there, and there is a demand for moderately priced rental units,” 33 Realty principal Sean Connelly said.

The firm just arranged the $32.5M sale of a 96-unit building and a 144-unit building at 1005-1013 and 1105-1037 Des Plaines Ave. in west suburban Forest Park. 33 Realty represented the condo owners, more than 75% of whom supported the undisclosed buyer’s offer. The new owner plans to rehab the units and common space to create a mid-market rental product.

The complex of one- and two-bedroom units was built in 1975. The suburbs are packed with similar buildings, and prospective buyers have a rich selection of buildings to purchase, Connelly said. Most of these vintage buildings should not have been transformed into condos. The units are too small, don’t have the finishes homebuyers typically expect and now need upgrades the individual owners frequently can’t afford.

But the math works for investors, he added. 33 Realty has helped sell about 600 suburban units in the past 18 months, Connelly said, and has another $150M under contract.

“We’re really seeing a push into the suburban markets. And frankly, all of these buildings should have remained apartments.”

Suburban apartments have been outperforming urban apartments across the U.S. in the wake of COVID-19, but the gap is especially pronounced in the Chicago metro area, according to a Q4 2020 multifamily capital markets report from Newmark. Suburban Chicago rents actually ticked up a bit while urban rental rates declined by about 2%. That created a 261-basis-point gap in rent growth between the two regions, the third-largest gap in the U.S. behind San Francisco and New York, which had 310- and 420-point gaps, respectively.

The ability to garner higher rents means better returns from Chicago-area investments, Connelly said. Cap rates for suburban apartment deals in coastal cities are typically below 5%, while around Chicago they are about 5.5%.

“Why wouldn’t you look in Chicagoland if you can pick up something in the mid-5s?” he said.

There is another advantage for investors seeking to create suburban apartments in the Chicago region. The Chicago City Council voted in 2019 to boost the percentage of condo owners needed to agree to their buildings’ sale to 85%, up from the state requirement of 75%. That new rule makes it especially tough to buy up the large condo buildings typically found downtown.

“For a downtown high-rise, 85% is a big hurdle,” Kiser Group adviser Andy Friedman said. “If you have 300 units, you’re just not going to know where the vote lies.”

It isn’t as if condo deconversions are no longer possible in Chicago, he said. But in 2021, such deals are far more likely to happen in older, smaller properties in outlying neighborhoods rather than among downtown high-rises. For one thing, the 85% approval requirement isn’t much of a hurdle in a building with only 10 to 50 units.

“It’s just so simple to get all the people together in one room and say, ‘Do we want to do this?’” he said.

Renters have also kept showing up for new apartment buildings outside downtown, and that makes investors more likely to pay enough for neighborhood condos to secure the votes, he said.

“The pandemic was a dose of reality for downtown, but for some neighborhood buildings, it’s almost like the pandemic never happened.”

And even though COVID-19 inoculations are spreading, the owners of existing apartments downtown are still sometimes offering generous concessions, including three months of free rent, in order to hold onto tenants, Friedman said. That means investors interested in downtown condos don’t know how to estimate future rental income and underwrite potential deals.

Rents in Chicago’s downtown apartment segment declined between 18% and 23% from Q3 2019 to one year later, depending on the class of apartments, according to a report in Crain’s Chicago Business, citing data from Integra Realty Resources. Suburban properties fared much better during the pandemic. After an influx of renters from the city, occupancy there increased in the same period from 95% to 95.3%

“You know the rental climate sucks, so how much will you be willing to pay? And if it’s not a high enough price, people won’t vote ‘yes,’” Friedman said.

The $32.5M paid for the Forest Park complex works out to about $135K per condo on units that typically have been selling for $100K or less in the past several years, according to Cook County property records.

Kiser Group just listed for sale Ridge Terrace Condominiums, a 34-unit property at 835 Ridge Ave. in north suburban Evanston. Built in 1964 and converted to condos in the 1970s, it is listed at $7M, but 75% of the owners will need to approve a purchase. It has also listed for sale Timber Court, a 72-unit property with two buildings at 3400-20 North Old Arlington Heights Road in northwest suburban Arlington Heights. The company estimates it could fetch more than $235K per unit.

“The suburbs are where investors are willing to pay the high prices now,” Friedman said.