Bisnow: The New Closers: Why Kiser Group’s Aaron Sklar Is One To Watch 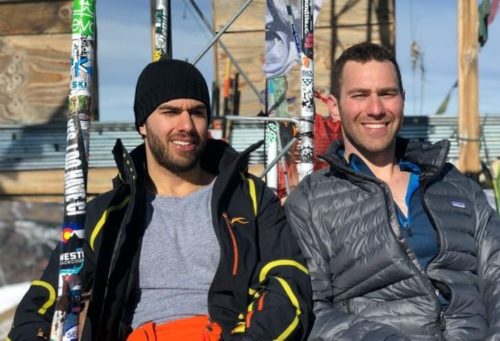 Kiser Group Director Aaron Sklar is still relatively new to commercial real estate but his rise in only two years is impressive. The 29-year-old Detroit native was promoted to director last month after closing on nearly $53M in transactions last year, and he completed deals totaling over $67M in his young career.

Sklar, an economics major from the University of Michigan, decided to pursue a career in real estate after working for years as a day trader, a job which he said did not utilize his biggest assets: an energetic, outgoing personality and an outsized self-confidence.

“When I was a trader, 99% of my business started off as analytical, qualitative, statistical, boring book stuff,” Sklar said.

The boredom of that job led to Sklar being fired for underperformance. He started his own trading firm with a couple of friends and found himself energized by the cold calling he did to drum up business. He realized he had a skill for building connections with strangers over the phone and developing business relationships based on trust and understanding.

Sklar hit a ceiling with his earnings as a trader and decided he wanted to dictate the terms of his success and maximize his earning potential. After a false start in residential real estate, Sklar realized his skills and experience with cold calling fit better in commercial real estate. He asked a friend for the names of 10 to 20 real estate firms, and emailed each, seeking a job. 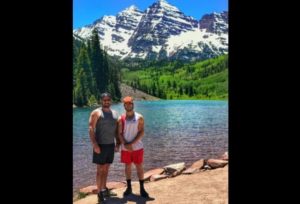 Kiser Group principal and Managing Broker Lee Kiser was the first to respond. Kiser said his initial impression of Sklar was: Is this guy real?

“In interviews, you pick up quickly on when people are sincere in how they present themselves and when they’re trying to sell you on them. Aaron entered the interview with this bigger-than-life personality, but it wasn’t bravado. I sat through the interview thinking, this guy can’t be as good as he thinks he is.

“He’s proven to be better. He exudes confidence,” Kiser said.

Kiser hired Sklar as a broker associate and entered him into a mentorship program between seasoned brokers and new hires. Sklar chose Senior Director Noah Birk, who specializes in investment multifamily sales in Chicago’s South Side neighborhoods like Bronzeville, Woodlawn, Hyde Park, Englewood and Washington Park. Kiser said there was more business on the South Side than Birk could handle on his own, and he believed Birk’s more reserved, methodical personality would mesh well with Sklar’s outgoing nature.

The duo blended quickly and understood they could get more done in tandem than individually. While Sklar was Kiser Group’s top closer last year, Birk was the firm’s top producer.

“When I first met Aaron, I saw a guy with the drive it took to be successful in this industry. I could tell he was a high-energy guy. Any opportunity you give him, he’ll run with it,” Birk said. 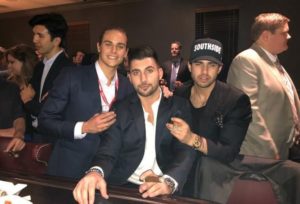 Diving headlong into these neighborhoods also gave Sklar a crash course in learning about Chicago. Sklar said his initial understanding of Chicago real estate was limited to a one-block radius around his River North home. He learned to love the South Side, especially as the reality of being on the ground contrasted with the news headlines focusing on violent crime.

“In reality, the South Side is the same as any other market, with the same problems. But there is so much opportunity here and it is often overlooked,” Sklar said.

Sklar and Birk have established themselves as the dominant multifamily brokers on the South Side, thanks in part to Sklar’s transparency with investors about what they are buying.

“There are investors out there who just want to park their money somewhere and that’s it. You have to weed out those investors from the ones who are sincere and willing to put in some work to improve their properties, because there is an inordinate amount of money for them to make with improved properties,” Sklar said.

In his free time, Sklar exercises regularly and is an avid traveler. He often travels west, and Colorado is a frequent destination in any season. He is a member of the South Side Community Investment Association, a group of real estate professionals, landlords and property owners that share news, headlines and best practices for their properties and ways to work together.