The Chicago City Council approved a measure Wednesday that tightens restrictions on the bulk sale of condominium buildings, a move that threatens the ability of investors to transform condo properties into lucrative rental apartments.

State law requires potential buyers to secure the approval of 75% of a condo property’s owners, but in Chicago, investors will now need to meet an 85% threshold.

While many residents are celebrating, commercial real estate experts believe this will alter but not halt the wave of condo deconversions. 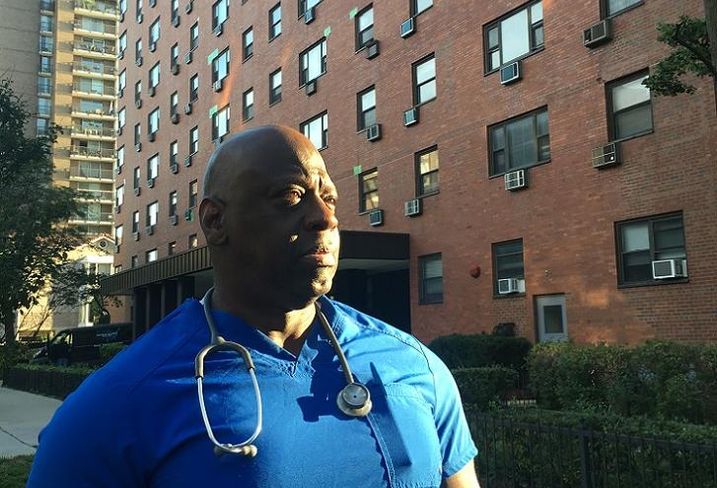 “We have gotten tons of emails from our constituents,” 44th Ward Alderman James Cappleman said just after the vote.

He said he believes the reform was necessary to further protect owners, often senior citizens on fixed incomes, who don’t want to sell, and may find it difficult to afford new homes in the same neighborhoods.

His North Side ward contains many condo high-rises along the lakefront, a location coveted by apartment investors who have noted the neighborhood’s soaring rental rates.

“We’ve not heard from any residents not supportive of this change,” Cappleman said.

Hendricks, a registered nurse, had to move out of his condo in late 2018 after his neighbors voted to accept a $27.2M offer from Greenstone Property Group for their 188 beachfront condos at 5815 North Sheridan.

“We lost our home,” Hendricks said of the condo he shared with his husband. “It was my first home, and we didn’t see moving into the building as an investment.”

“Many of our previous and current neighbors are retirees, moderate-income residents, or new owners with more mortgage debt than equity,” he added. “They get the short end of the stick on condo deconversions and are forced out of a community they may have lived in for decades.”

Hendricks and his husband lucked out by finding a similar condo just down the street at 5757 North Sheridan, but several months later, he said, the condo board there held an informational meeting on a possible deconversion with CBRE, the same firm that brokered the sale at 5815.

Nothing has been brought formerly to the board, Hendricks said, but the possibility of going through yet another deconversion turned him into an activist. In addition to testifying before a City Council hearing earlier this month, he began contacting politicians, writing letters and speaking to neighbors about changing the law.

Sandy Chaet, president of the Association of Sheridan Condominium/Co-op Owners, a collection of 32 North Side buildings near the lake, supported the new ordinance, first sponsored by 42nd Ward Alderman Brendan Reilly, and credits Hendricks with helping push it through.

“He’s the one who has been so persistent,” she said.

Both Chaet and Hendricks said they recognize that deconversion is a good deal for many residents.

Jerry Mead was one of them. The retired police officer lived at 5815 North Sheridan for 20 years, and supported Greenstone’s offer, which for him worked out to about $180K.

“They offered a lot more money than I could ever get for it myself,” he said. He also quickly found a new home at 5757 Sheridan.

But Hendricks isn’t sure their luck would hold out if their new building was also sold. Rising prices in the neighborhood make finding comparable units a dicey proposition for residents of 5757 Sheridan, and he hopes people recognize the human costs of condo deconversion.

“You will see a lot of people who will be displaced.” 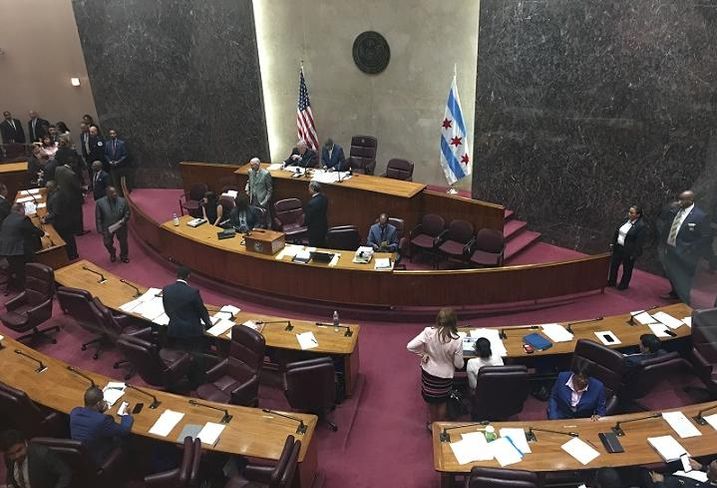 Although residents reluctant to sell now have more protection, brokers who focus on condominium deconversions say the ordinance will change the market, not kill it.

“Obviously, this is going to make it tougher, but deconversions will still happen,” said Andy Friedman, a broker with the Kiser Group, a Chicago-based company that has completed a number of deconversion sales.

He expects brokers and investors will zero in on older properties with severe infrastructure needs, a burden many condo owners would like to unload, or smaller condo developments, where it is easier to meet with all residents and negotiate deals that win wide support.

One of the chief reasons the deconversion market isn’t dead is the sheer number of available buildings.

“It’s staggering how many condos are out there in the city that used to be apartments,” Friedman said.

Throughout the 1950s, ’60s and ’70s, developers lined the North Side’s lakefront with a wall of apartment buildings, totaling thousands of units, which landlords began converting into condos in the 1970s. Another big wave of conversions happened just before the Great Recession smothered the condo market.

When Chicago’s multifamily market caught fire a few years later, investors began looking at all these condos as potential sources of revenue.

Between 2006 and the end of this year, developers will have built nearly 80,000 new apartment units in the Chicago area. But the vacancy rate has remained low, and with millennials still willing to pay ever higher rents for urban apartments, many investors did the math. They realized that through deconversion, they could pay condo owners significant premiums and create new apartments while remaining below the cost of new construction.

Estimating the number of deconversions is not an easy task. Avison Young released a mid-2018 study using Real Capital Analytics data that identified 20 deconversions in the state in the previous two years, mostly along Chicago’s North Side lakefront, along with a handful of major deals in the suburbs.

The true number is probably higher, but James Hanson, the report’s author, said there are no state or local government entities that track these sales.

Whatever that number, deconversions continued in the past year, and even with the new law, Friedman expects the owners of older North Side condo buildings, especially ones with dire maintenance needs, will still be eager to sell out for healthy premiums.

But for the large, pricey buildings in the Gold Coast, Streeterville, Old Town and other upscale areas closer to downtown, ones where residents don’t face looming maintenance costs, getting enough owners to sell won’t be easy.

“The difference between 75 and 85 will be massive,” Friedman said.

Many of the city’s most significant condo deconversions went through only after barely reaching the lower threshold.

After several years of negotiations, 77.9% of the owners at the 448-unit River City voted in August 2018 for a $90.4M offer from Marc Realty and Wolcott Capital.

ESG Cullen, one of the most active condo buyers in the market, needed two elections last year before winning approval from residents at 1400 North Lake Shore Drive for a $112M purchase, and has since struggled to find equity partners and close the purchase. The company also narrowly pulled out a 76% victory this summer at the 309-unit 2 East Oak St. by offering residents $92M.

Strategic Properties of North America secured a big deconversion deal in 2018 by eking out a 75.8% win by offering $78M for Kennelly Square, a 268-unit tower in Old Town.

And at 5815 North Sheridan, about 79% of the owners, Mead included, voted for deconversion.

Reaching the new goal is not impossible.

ESG Cullen got one easier Gold Coast win, acquiring the eight-story, 250-unit 1140 North LaSalle Drive at the end of 2018 for $38M, a proposal approved by more than 85% of the owners, according to Flats on LaSalle Condominium Association President Jim Bright.

Kyle Stengle, senior vice president and senior director with Marcus & Millichap’s national multifamily housing group, has listed or brokered about a dozen deals in the past few years, including a recent deconversion effort at 4072 North Sheridan, a 16-unit building in Uptown, and said the majority of these transactions would have passed the city’s new requirement.

He echoed Friedman’s prediction that it will remain possible to complete deconversion deals at many smaller buildings, especially ones with deferred maintenance.

Stengle said one key to success in deconversions is being able to hold informational meetings with all or most of a property’s residents, which allows brokers to accurately gauge popular opinion, and know what price a buyer needs to meet, or whether it is even worthwhile to attempt a deal.

“When you have a 250-unit building, it’s difficult to have a dialogue,” he said.

Overall, he expects deconversions to get a little trickier under the new policy.

“I don’t think it’s over and done with at this point, and I’m still going to pursue these opportunities, but preliminary due diligence is going to be even more important than it was in the past,” Stengle said.

The market itself will also squeeze these deals. Friedman said it is getting tougher to find older Gold Coast buildings like 2 East Oak that were built in the late 1960s and are well-located enough to be lucrative as rentals, but that may have deferred maintenance issues.

“I don’t think there is any low-hanging fruit left,” he said.

The Kiser Group also continues pursuing deconversion deals. In August, the company put a collection of vintage condo buildings on the 800 block of West Barry in the Lakeview neighborhood up for sale, and is asking $36M.

“With half of the owners already renting out their units, the association is ready for a sale,” Kiser’s Jake Parker said. “An investor could immediately move renters into the updated units while outdated units are renovated.”

And Friedman is still going around the city, meeting with condo owners and trying to convince them to hire Kiser Group as their broker for potential sales.

“I pitch residents at another building on Thursday night,” he said. “They contacted us and everyone there seems gung-ho.”

Although Hendricks is pleased with the outcome at the City Council, he isn’t ready to quit pushing. He plans to start asking state legislators to boost Illinois’ 75% requirement up to Chicago’s new standard, and perhaps create additional protections, including restricting investors from gaining control of condo associations by buying up units in bulk.

Cappleman said he is open to more reforms, but first wants to see how well the new ordinance works.

“We’re going to play it by ear, but we think this will have a clear effect, and protect the rights of condo owners.”

Whatever happens, it is too late for Robert Thornton. The 72-year-old River City resident didn’t vote for the deconversion proposal there, and even supported a lawsuit against the condo board that alleged the vote was fraudulent, but a Cook County judge dismissed their suit last year.

Thornton now has to move out by December, he said. The disabled veteran moved into the Near South Side complex 17 years ago, and found the neighborhood convenient, as he had easy access to stores, restaurants and healthcare providers. But the amount he received for his condo is barely enough to cover the remaining balance on his mortgage, and the remainder isn’t enough to buy or rent a new place nearby.

“I thought I would stay here 30 years, pay my mortgage, and leave it to my daughter, but now that’s not going to happen,” he said.