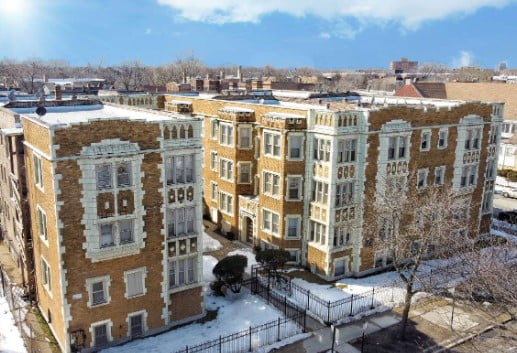 Following a record shattering 73 buildings sold in 2021, Kiser Group’s Birk | Sklar team announces a record breaking first quarter in 2022 with 22 apartment buildings sold across the South and West sides of Chicago. Led by Kiser Group Partners Noah Birk and Aaron Sklar, the team’s final total for closed and under contract properties in Q1 comes to $60M.

“Chicago is a world-class city. But we have a multifamily market that looks like it’s having a clearance sale compared to the rest of the country.” Kiser Group Partner Noah Birk said. “The cash-flow and appreciation potential are unmatched compared to what investors can achieve on the coasts and in the south east.”

With an impressive first quarter already in the books, the Birk | Sklar team isn’t slowing down. The team is already looking toward an impressive Q2 with a pipeline of 24 buildings currently under contract along with 20 new listings. The partners attribute this continued success to the overall hard work of its team of advisors.

“We’re aggressively expanding our South Side footprint while increasing our exposure in the West Side as well,” Kiser Group Director Aaron Sklar said. “In just two short years, Jack Petrando has built an impressive reputation for himself and has a pipeline of deals to prove it.”

Notable properties that closed during Q1 include: