Apto: Broker insights: What was your shortest deal? 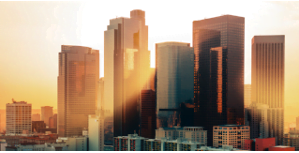 When we talk to brokers, it’s the deal stories that generate the most emotion, whether good or bad. While we’re in the business of making sure you have an easy, repeatable process to prospect and work through your deals, we know that sometimes you just get lucky.

Today, we’re looking at those rare but beautiful moments when everything just falls into place. Here are the stories of some of the shortest deals our brokers have encountered.

The ultimate stroke of beginner’s luck

Kevin Vandenboss of Vandenboss Commercial laughs when he recalls his first quick deal.

“I’d been licensed for literally a week,” he says. “I was with a small brokerage, and my training at that point consisted of shadowing other agents. It was just the very basics, not even enough to really get out there and do anything yet.”

“So one day, all the agents I was working with were off at showings or closings, and everyone else was busy,” he recalls. “And I’m in my office literally Googling ‘how to sell commercial real estate.’ I was that green!”

“Anyway, the receptionist calls my office and says, ‘Hey, there’s somebody here that needs to lease some office space.’ And I said, ‘Wait, why are you calling me?!’”

Vandenboss went around to the front to meet the two ladies who were waiting.

“We have to lease some office space right away,” they told him. Their nonprofit had suddenly received a contract in the county and needed to set up a physical address there immediately.

“I knew of one office building, and I knew where the keys were, so I said, ‘I’ve got just the place!’” recalls Vandenboss. “We walked through it, went back, and I wrote up the letter of intent and sent it off.”

“The lease was signed the next morning,” Vandenboss says.

“And then…I don’t think I did another deal for six months!” he says. “I found out that that was a huge fluke. I think since then I’ve had one other person actually just show up to the office wanting to lease a space, and even that took a couple of weeks to get done.”

The one time you’ll always find a buyer

Noah Birk, senior director at Kiser Group, has had the good luck to encounter more than a few speedy deals.

“I’ve had a lot of short deals where a seller is not quite as motivated by price but by being able to sell quickly,” he says. “There is no shortage of buyers for deals like that: it’s simply a phone call to the right buyer, and the deal closes about 10 days later in cash.”

“These deals don’t happen as often,” he says, “but I’ve had quite a few like that.”

The power of making things happen on the go

“I closed $70,000 in gross commissions in one week, from start to finish, during the Hurricane Harvey aftermath,” says Justin Tunnell Morris, senior director at Lee & Associates Commercial Real Estate Services in Houston.

“I closed these deals while helping neighbors cut drywall, and was able to do so because of my mobility,” he says. Thanks to the mobile app on his phone, he could move quickly and make things happen even while he was out of the office, helping neighbors on the ground.

A final word of encouragement

If you still haven’t had the brilliant luck of landing a short and sweet deal like one of these, take heart: you’re not alone.